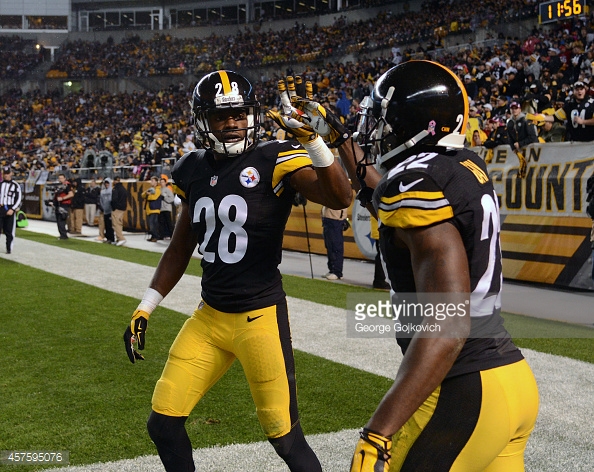 While he came to the Steelers with no high pedigree and left the same way, for a brief while, cornerback Cortez Allen at least gave the appearance of flirting with the idea of becoming a quality starter for a championship-level defense during the early stages of his career.

Drafted in the fourth round of the 2011 NFL Draft out of The Citadel, Allen’s raw physical attributes, particularly his size at 6’1”, enamored the coaching staff, and they were intrigued by the potential of molding this young clay whose priority had never been able to be solely football, coming from a military school.

He battled injury in his rookie preseason and staved off a potential stint on the practice squad by finally getting on the field and recording a deflection that turned into an interception, and later during the season he earned some time as a dime back, most notably against the Patriots in a rare Steelers victory over New England.

In his second season, he inherited the nickel role as an outside cornerback with the departure of William Gay and did a commendable job. Late in the year due to injury he moved into the starting lineup and produced a flurry of turnovers that convinced the front office they could wait to sign him and let Keenan Lewis walk in free agency, which they did.

In the three years since, Allen’s performance has been underwhelming even when on the field, but he spent so much time off it due to injuries. He lost his starting job three times and was benched outright at least once, if not twice, though last year he only played in the opener and landed on injured reserve several weeks later due to injury.

The Steelers decided to release him and absorb a dead money hit in the millions rather than give it one more go. They have invested three high draft picks in the secondary in the last two years and acquired Ross Cockrell in the hopes of turning the secondary around, which has floundered since learning he was not to be the answer.