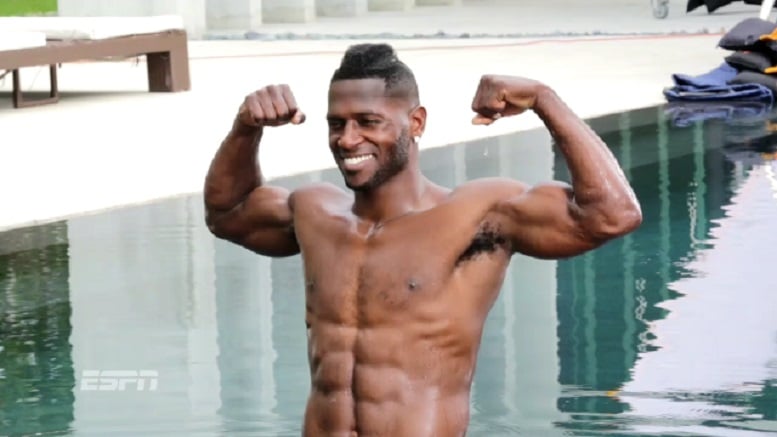 Pittsburgh Steelers head coach Mike Tomlin made his annual appearance Friday night in Virginia to support of the Hampton Roads Youth Foundation and as usual, Bruce Radar of WAVY-TV was able to have sit-down interview with him.

During his latest talk with Radar, Tomlin heaped a ton of praise on Steelers wide receiver Antonio Brown as it relates to his work habits.

“Antonio Brown is second to none in the world at what he does,” said Tomlin. “And i tell people all the time, every opportunity that I get to say it and people don’t believe me, but I tell them anyway, he’s a better worker than player. And his day-to-day work habits creates an environment that challenges the other guys to ascend. The guys like Le’Veon Bell working alongside that, he’s done a great job of mentoring them as players and as people.”

Brown will never be accused of not working hard during the offseason and that has helped him go from being just a sixth-round draft pick from a small college to one of the best wide receivers currently in the game.

As for Le’Veon Bell and his health, Tomlin addressed that as well and that also included him praising the running back’s off-the-field work and commitment.

“He’s had a great offseason,” said Tomlin of Bell’s knee rehab. “We’ve been kind of cautious in terms of handling him. We feel good about the steps forward; we just want to make sure we don’t take any steps backwards throughout this process. He’s been in the league a number of years now and he understands the drill. He’s easy to take care of because he’s a highly-conditioned athlete and so he helps us help him in that regard.”

Bell, like Brown, always makes it a point to post videos of himself training and rehabbing down in Miami. He and Brown recently even worked together some in Florida.

It will be interesting to see if Bell is able to avoid the team’s Active PUP list when he arrives in Latrobe for the start of training camp in a little less than three weeks from now. By the sound of things, the Steelers have been real cautious with Bell during his knee rehab so don’t expect the running back to do much prior to the start of the regular-season. As for Brown, as usual, it’s all systems go and you can count on him being in tip-top shape when he arrives at training camp.