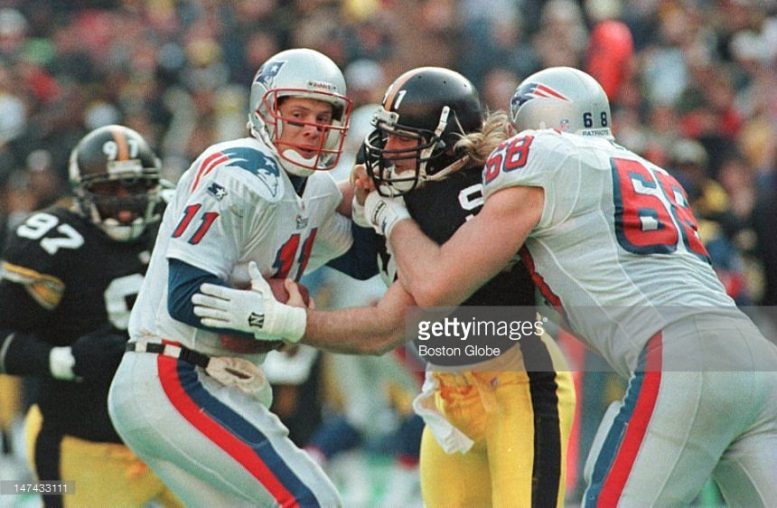 Being as he registered 160 sacks during his 15 years in the NFL, Kevin Greene can be considered an authority when it comes to knowing what it takes to get after opposing quarterbacks.

During a Monday interview on 970 ESPN Radio, Greene, who will be enshrined into the Pro Football Hall of Fame in a few more weeks as a member of the 2016 class, explained what it takes to be considered a great pass-rusher in today’s NFL.

“As a player, I really think you only need just two moves,” said Greene. “You just really need one good move that you’re really, really good at that people struggle with and just have a counter move off of that when they do block that main move. Just have a good secondary move. As an ex-player, I just don’t think you need to master five, six, seven different pass rush moves. I just think you need to concentrate on one really good move and then maybe a counter move or two. You know, maybe two counter moves and just consistently work on those two or three moves forever and just try to increase the efficiency rate of implementing those moves. And that’s essentially what I did.”

While it sounds pretty easy when Greene describes it, very few players can master just one really good pass rushing move in the NFL, let alone a good counter move or two when their main move is thwarted. We’ve already seen current Pittsburgh Steelers outside linebacker Jarvis Jones struggle with this during his short time in Pittsburgh and hopefully the same won’t happen with second-year outside linebacker Bud Dupree during the 2016 season.

Greene has been able to teach what he preaches as well as he was the Green Bay Packers outside linebackers coach from 2009-2013. During that span of time, linebacker Clay Matthews registered 50 sacks. In fact, in Greene’s five seasons with the Packers, their defense registered 204 sacks, No. 4 in the NFL over that span, with the outside linebackers accounting for 91.5 of them.

Currently, former Steelers linebacker Joey Porter is in charge of the outside edge-rushers in Pittsburgh and so far his career as a position coach hasn’t been much to talk about when it comes to his unit registering sacks. If the sack and pressure numbers from his group don’t increase this upcoming season, it will be interesting to see if Porter is retained. If ultimately let go, it will then be interesting to see if the Steelers look into hiring Greene to their staff being as many believe he wants to return to coaching as early as the 2017 season.

“I’m sure you’ll see Kevin at some point in time back in the league coaching, current Packers defensive coordinator Dom Capers said earlier this year. “There’s nothing available (with the Packers). That’s always (a big factor) in this business in terms of availability. But he’s a passionate guy. He did a good job for us in the five years he was here.”