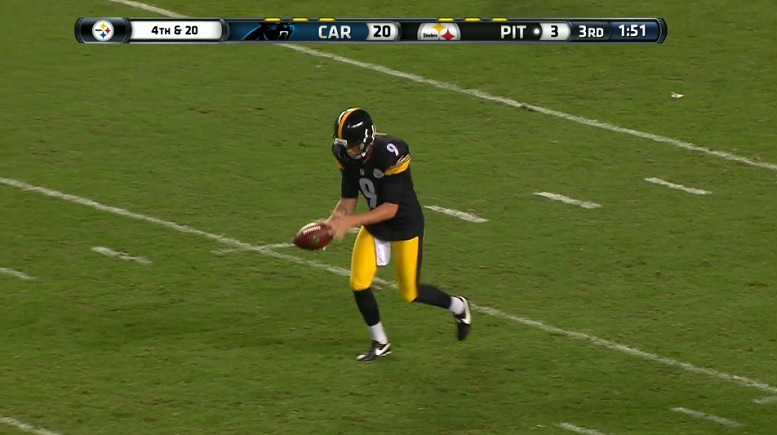 Just prior to the start of the 2015 season, the Pittsburgh Steelers decided to trade punter Brad Wing to the New York Giants in exchange for a 2016 seventh-round draft pick. On Monday, Wing, who averaged 44.5 yard a punt in 2015 with a net average of 38.9 yards, signed a three-year extension worth $6.45 million with the Giants.

The Steelers chose to go with Jordan Berry last year as their punter and he finished the 2015 season with a 42.6 average and a net average of 39.1 yards. While still under contract through the 2017 season, Berry will now have to beat out rookie undrafted free agent Will Monday this year during training camp and the preseason.

The Steelers ultimately used the seventh-round draft pick that they received from the Giants in exchange for Wing to select wide receiver Demarcus Ayers 229th overall. Ayers, who played his college football at Houston, is expected to compete for the starting punt returner job this year during training camp in addition to battling to be the team’s No. 5 wide receiver.

As for Wing, who entered the NFL in 2013 as an undrafted free agent with the Philadelphia Eagles, he was the Steelers punter during the 2014 season. He punted 61 times, and had a 43.7-yard gross average, and a 38.8-yard net average. Wing also placed 20 kicks inside the 20-yard line, had four touchbacks, and a long punt of 74 yards.