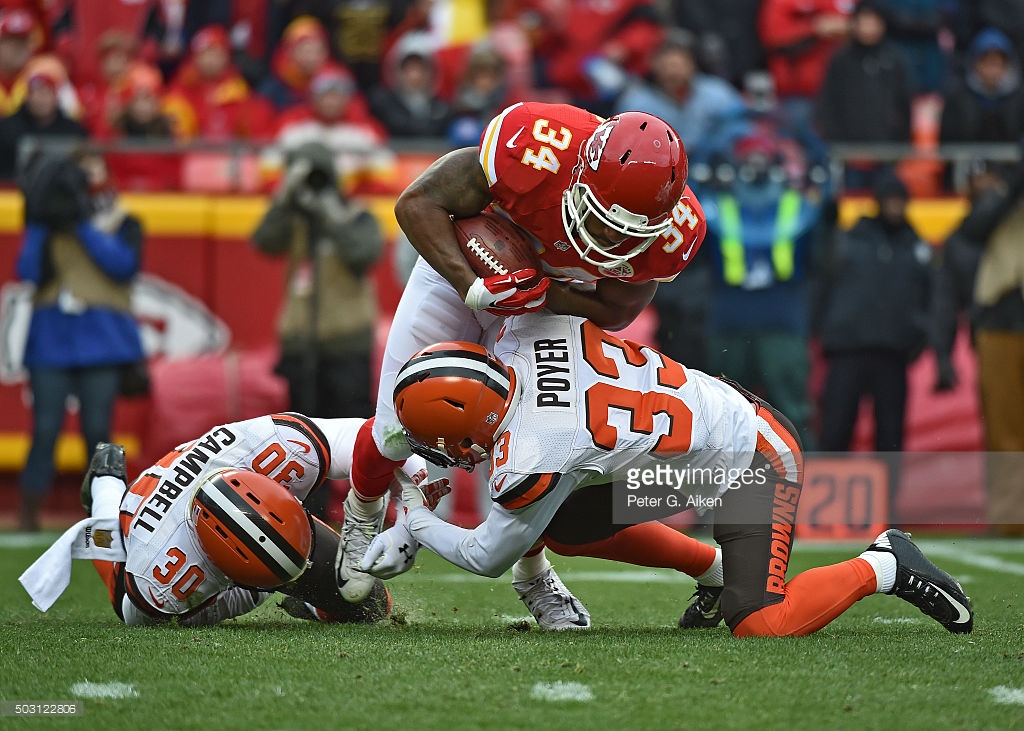 The Cleveland Browns take a bit of an unconventional approach in how they list their players on their roster. Every player in the secondary is simply listed as “DB” on their depth chart, and there are 19 names currently on there. Only nine of them were on the Browns’ roster last season, and they had a lot of defensive backs.

Many of them are young, and inexperienced. Ibraheim Campbell and Charles Gaines were 2015 NFL Draft selections. Pierre Desir and Justin Gilbert are entering their third year in the league after being drafted in 2014. Added via the draft in 2016 were Derrick Kindred and Trey Caldwell.

There are plenty of new and young faces lined up to take snaps in a secondary that is going to look a fair bit different compared to last season for a team that lost both of its starting safeties, and which has seen its spring drills conducted in Joe Haden’s absence.

That has given defensive coordinator Ray Horton and defensive backs coach Louie Cioffi plenty of opportunity to get a look at all of these young new faces in an offseason in which new head coach Hue Jackson is preaching the ‘clean slate’ mentality, the idea being that every player and every coach has the opportunity to come in fresh, unburdened from prior experiences and expectations.

Cioffi talked about that recently, and noted that there are “a lot of opportunities for guys, both at the nickel position and the cornerback position”—somehow ignoring the fact that both starting safety positions from last season have also been vacated.

“You can never have enough corners in this league”, Cioffi said, whose top cornerback right now is Tramon Williams, a 2015 free agent signing from the Packers, while Haden continues to rehab from ankle surgery. Haden missed a great deal of last season also due to complications suffered from a concussion.

“This is a passing league. The more guys we have that can compete and be ready to play for us, the better off we’ll be”, he added. Horton even noted that the Browns have been moving players around, not just from left cornerback to right cornerback, but even between cornerback and safety and into the nickel position as well.

Many of the young players, such as Campbell, who could be in line to start this year, talked about how they as a group “have to take ownership of it as a safety group and as a DB group”. Kindred, the rookie safety, has even been talked about as a potential candidate to start for the Browns this year.

The spring is as good a time as any—the best, in fact—to talk about chance and opportunity and taking ownership and things of that nature. Things tend to change when it gets closer and closer to taking meaningful snaps in a real game. But under a new regime and in a room full of so many new and young faces, it’s not surprising to hear of the approach they have taken.