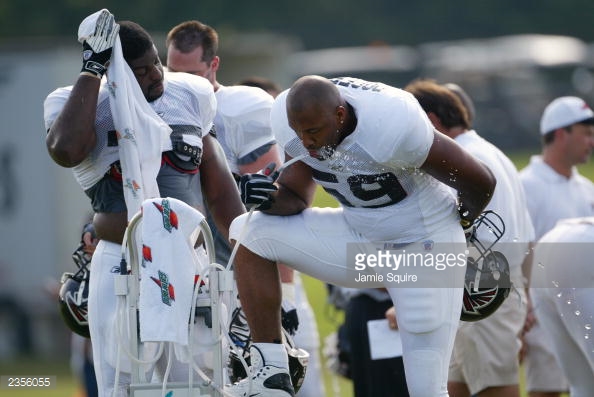 There are little known players and then there are guys like Ulish Booker. But with a name like “Ulish,” it’s impossible to completely forget who he is. He never played in a regular season game, heck, I don’t believe he every spent a day on the team’s active roster. But he has a large man, 6’6, 319, who earned a Super Bowl ring while on the Steelers’ practice squad in 2005.

Booker played at Michigan State, teammates with Plaxico Burress, starting two seasons as Sparty’s left tackle. The Atlanta Falcons originally grabbed him as a UDFA but his time was short-lived. After a year on the streets, Pittsburgh signed him in February of 2005, sending him to NFL Europe and the Amsterdam Admirals. His team won the World Bowl. You can check highlights of the game here if you are that thirsty for football.

The Steelers cut him on the same day as Joey Porter. You can guess which transaction grabbed the headlines. He spent his final year of football north of the border with the Toronto Agronauts. It was a short stint though, lasting from early April to June.

Post-football, Booker’s led a busy life. He’s been the Executive Director of First Foot Forward Family Situations, a “Human Services Agency serving families and at risk youth with innovative programming and solutions,” since 2009. He’s an active member of his church, dabbled in politics, and is currently the run game coordinator at St. Luke’s High School.

For whatever reason, I always link Booker and fellow linemen Barrett Brooks together. So when I saw Brooks name, my first thought was, “Oh, Barrett Brooks,” followed by, “Oh, Ulish Booker!” He may be the most irrelevant name in this series but one I won’t forget.

Ulish Booker, your blast from the past.