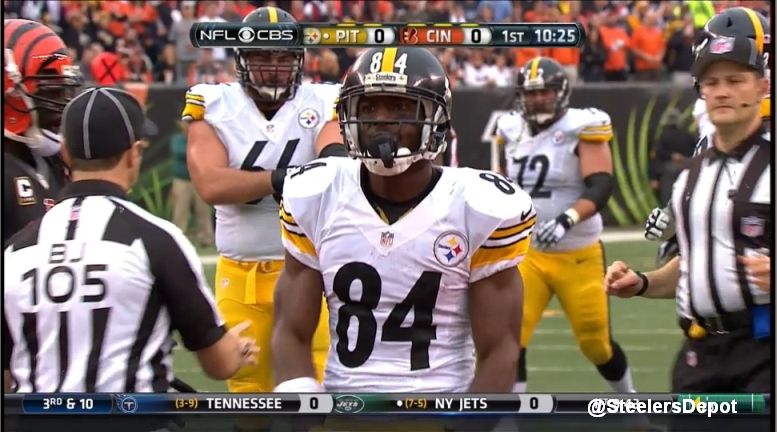 The start of training camp is just around the corner and shortly after, the preseason. And you know what that means; avid football fans around the world will begin drafting for their fantasy football teams.

The game has taken a life of its own over the past decade, especially recently with the addition of daily leagues such as FanDuel and Draft Kings, but it’s been going on since the early ‘60’s. There’s no way I was going to bog down this site with 50-plus charts, so I decided to start with the turn of the century.

Here you will find the top 3 scorers of each Pittsburgh Steelers team since 2000.  Included are each player’s total points scored and their ranking within their respective position group (as indicated using standard scoring). Pro Football Reference has done us the courtesy of compiling these stats each year, and the following is the result.

It’s interesting to see the progression here, not only in the amount of points that Steelers offensive players have accrued, but it also sheds some light on where they ranked among their position group.

Interestingly, though not necessarily surprising, Antonio Brown was the first Steeler in the new millennium to rank 1st at his position. That came first in 2014 and then he doubled down last season. However, Hines Ward just missed that praise back in 2002, where he ranked 2nd among wideouts. That same year, the guy who lined up on the other side, Plaxico Burress, wasn’t too far behind as he ranked 7th. How’s that for dynamic? After all, they had Tommy Maddox throwing them the ball and he had a relatively average year. And how great of an addition was DeAngelo Williams last year? We all knew that he contributed a great amount in the run and pass game, but for him to rank 4th among running backs helps show his value.  Even though he will be relegated back to 2nd string, he makes a case for a solid late round pick in drafts.

Something also fun to note: despite Big Ben experiencing some injury-riddled seasons, he never dropped below 20th at the position and only met that mark once (2004). Willie Parker carved out a couple great seasons there, ranking 5th among running backs in 2006. For perspective, even though he was number 5 with 268 points, he was extremely far behind the leader. That guy was LaDainian Tomlinson. Yeah, remember that guy? He put up an incredible 427 points that year, in a record-breaking season, scoring 33 total touchdowns which included 2 passing TD’s. Unbelievable. He made Marshall Faulk look average. But I digress.

The past three years have shown 3 Steelers ranking in the top 15 of their position group (with the exception of Ben last year). That’s tempting enough to load your rosters with Steelers this season. Happy drafting!