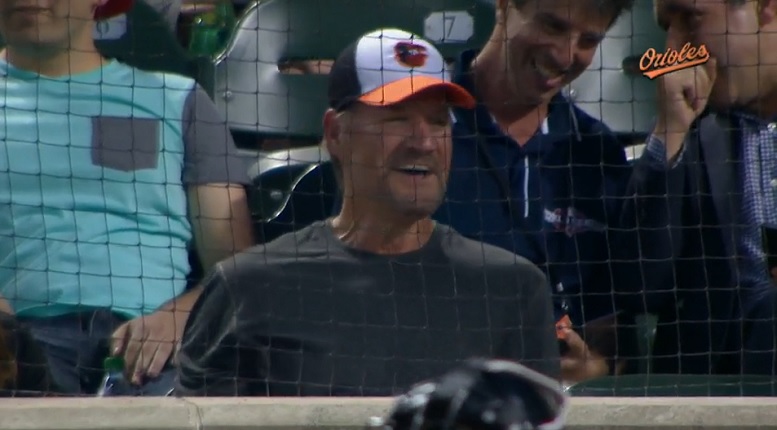 Even though it’s been nearly 10 full years since former Pittsburgh Steelers head coach Bill Cowher last coached a game against the Baltimore Ravens, their fan base still isn’t overly fond of him.

While taking in the Friday night baseball game between the Baltimore Orioles and the New York Yankees at Camden Yards, Cowher received his fair share of boos from the Baltimore crowd when spotted and shown on the facilities’ jumbo-tron even though he was wearing an Orioles hat.

Ever since he retired following the 2006 season, Cowher’s barely been affiliated with the Steelers as he’s been busy working as a studio analyst for CBS since 2007.

During his 15 seasons as the Steelers head coach, Cowher’s team’s won eight division titles, made 10 playoff appearances and won one Super Bowl. He also registered a 13-9 regular season record against the Ravens and a 1-0 record against them in the playoffs.