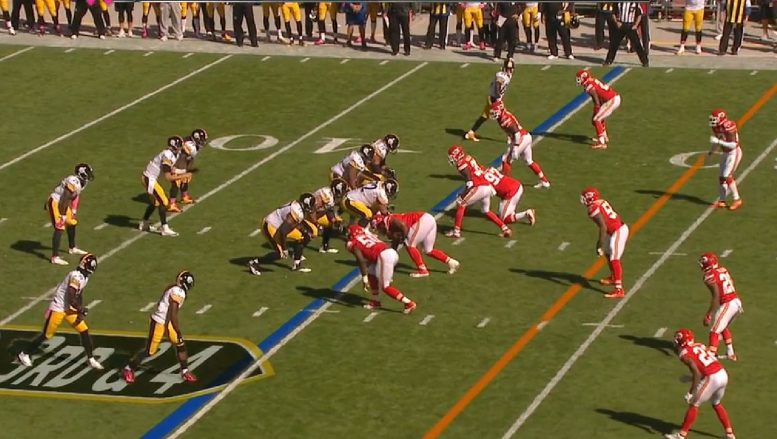 Generally, when somebody says that they would like to see a team run more two-back sets, they are not referring two one halfback and one fullback—that is, the sort of bulldozing fullback who very nearly exclusively serves only as a lead blocker. What they are usually referring to is a pair of running backs who can equally serve any role.

This is something that many hoped that the Pittsburgh Steelers would utilize over the past couple of years with Le’Veon Bell, first when they brought in LeGarrette Blount in 2014, and then particularly last season with the free agent signing of DeAngelo Williams.

That was never going to become a prominent feature in the offense, of course, but that doesn’t mean it can’t be used with a bit more regularity, and most of the key players involved in making those sorts of decisions seem to be on board with it.

During minicamp earlier this week, quarterback Ben Roethlisberger said that the dual backfield “was something that we talked about last year and unfortunately we didn’t get a chance to do it”, according to Teresa Varley over at the Steelers’ website. “I think that could be a weapon for us out on the field and in some two-minute stuff to have them both out on the field”.

While there were relatively limited opportunities due to Bell’s suspension and later knee injury, the Steelers only ended up using him and Williams on the field together for 14 plays during the season, with 14 of them occurring in the time after Roethlisberger’s injury.

Bell served as the Wildcat quarterback on four of those plays. On 10 of them, at least one or both running backs flanked out of the backfield and lined up as a wide receiver. There were only four plays in which they both lined up as one would expect from a two-back set, by the time the ball was snapped anyway. Only one of those four plays was a designed carry.

One interesting area of the game that it could impact, I think, is in the team’s two-point conversion looks, which Roethlisberger has suggested he would like to see even more of this year. In total, including the playoffs, the Steelers attempted 12 two-point conversions. All 12 of them were pass attempts.

Having two running backs on the field, particularly if they both at least start out lined up in the backfield, would force the defense to respect the potential for a running play more.

Jacob Klinger wrote for Penn Live that “Mike Tomlin, Ben Roethlisberger, and Bell said that they were at least open to Williams sharing the field with Bell in two-back sets”. While Todd Haley has said that it’s difficult to take a talent like Bell’s off the field—and Bell doesn’t want to come off the field—a two-back set would help Williams get some work without having to do that as much.