We all know Ryan Shazier is fast.

The Pittsburgh Steelers tested that theory out today. And the answer is yes, Shazier is faster than any of them.

Brown, with Vince Williams as your cameraman, posted a video on his Snapchat of the 40 yard dash. And it appears that Shazier was the victor.

Add Brown to check it out (ab84official is his account), but I grabbed the best screenshot I could. Not easy when those guys are moving that fast. 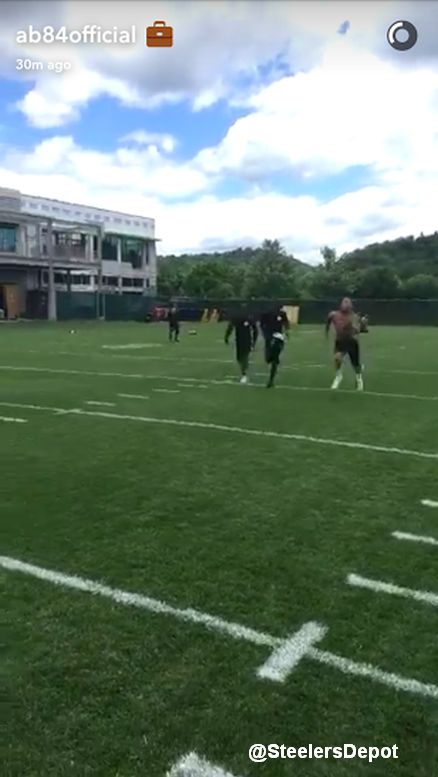 Williams chimed in with his thoughts.

@RyanShazier the fastest player on the team

After today, you can say with confidence that that’s a fact.

If you’re curious, the 40 times they all ran. We’ll take the fastest one, Combine or Pro Day.

There it is #Linebackers pic.twitter.com/fqvH19YwUR