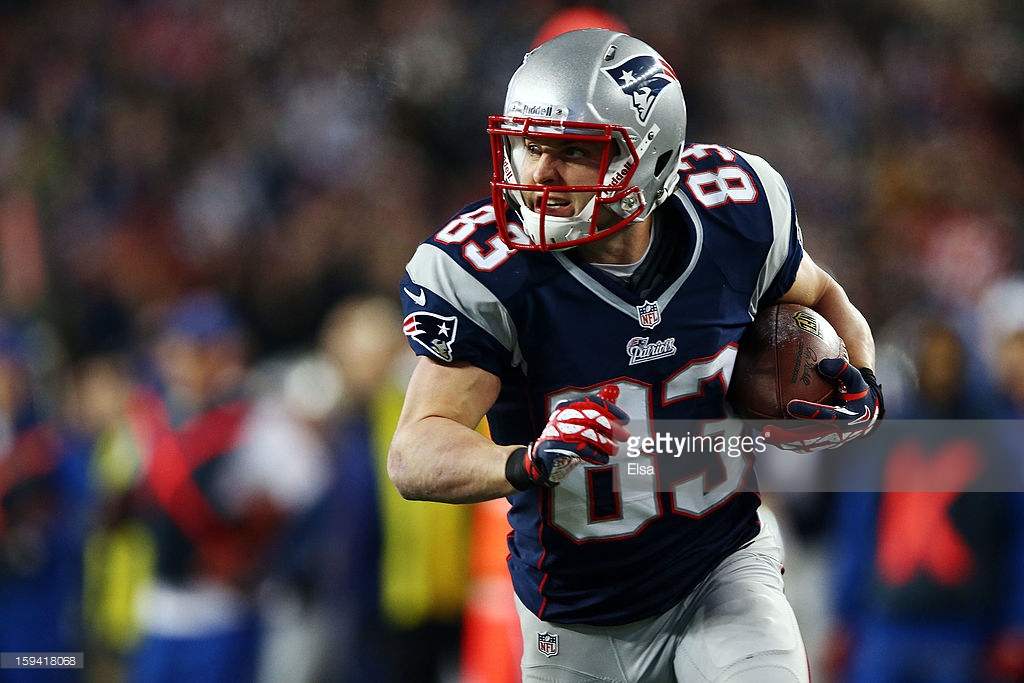 Former Patriots wide receiver Wes Welker may very well want to continue his playing career, but he may not have much of a choice. He struggled mightily to find a team last year before he was finally picked up mid-season by the Rams, for whom he caught 13 receptions for 102 yards last season in eight games.

Given his concussion history, age, and, admittedly, decline in performance, he probably knows that his playing days are most likely over, even if he has yet to officially acknowledge it by going through the formalities of filling out the paperwork to declare himself retires from the NFL.

But even if he does retire as a player, he might not stay away from the game all that long. He recently tipped his toes into the coaching water after he was invited by John Harbaugh to work with his Baltimore Ravens for a couple of days during the team’s recent OTA sessions.

Aside from veteran Steve Smith, who was supposed to retire last year before a season-ending injury prompted him to decide to give it one more go, and of course former Steeler Mike Wallace, the Ravens are dealing with a rather inexperienced group of wide receivers, so one would imagine that a veteran of 12 NFL seasons might have a few choice words to pass along to a young group.

Having spent the past two days with the team, Harbaugh said of Welker’s time there that “it was an opportunity for him to get his feet wet”, with the implication being that he may in the future choose to pursue a career in the coaching ranks—presumably as a wide receivers coach, one might imagine.

An article on the team’s website notes that his time spent there was “especially beneficial” for Keenan Reynolds, the rookie quarterback/running back out of Navy who is making the conversion to the wide receiver position after the Ravens drafted him in the sixth round.

The article also notes another young wide receiver by the name of Michael Campanaro, “who the Ravens drafted with visions of playing like Welker in their minds”. Of course, the Ravens have had all sorts of visions for wide receivers that they have drafted that have never come to fruition. That particular position has never been their drafting forte.

With over 900 receptions, nearly 10,000 receiving yards, and 50 touchdowns during his time in the NFL, Welker has both the statistics and the stories to back up the lessons that he might want to communicate about the wide receiver position to a group of aspirants looking to make the same sort of mark on the game that he spent the past decade or so doing.

Of course, it will take a lot more than a couple of days of pointers in order to turn the Ravens’ somewhat mercurial group of wide receivers into a position worthy of contending for a title. Welker, by the way, also spent some time with the Miami Dolphins during OTAs.