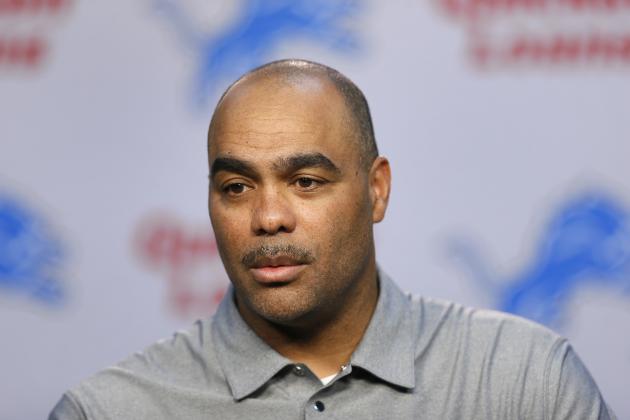 Teryl Austin, graduate of Pittsburgh, born in Sharon, PA, has been a coach for nearly half of his 51-year existence, beginning as a graduate assistant at Penn State in 1991. By 2003, he cracked the NFL barrier, landing with the Seahawks as their defensive backs coach. He was the Ravens’ secondary coach from 2011 to 2013, and since then has been the defensive coordinator for the Lions.

But you wouldn’t think he would be there for much longer if you took a gander at his itinerary for the past two offseasons, which include a combined eight interviews for vacant head coaching opportunities around the league. In other words, he has sat down and spoken with the front offices of a full quarter of the league about leading their football teams.

Yet Austin recently told the Detroit Free Press that he believes only two of the four interviews that he went on the last time around were what he described as “legitimate”—that is, that he was really brought in as a candidate as serious as any other brought in to become the team’s next head coach.

Teryl Austin is a minority, and the league has a rule on the books named after Steelers chairman Dan Rooney that requires teams to interview at least one minority candidate during their search for a new head coach. Talks have been had about expanding that rule to include coordinator and front office positions, though no movements have been made in that regard.

The ‘token’ interview has been the primary criticism over the years of the implementation of the Rooney Rule, the idea—that is hard to argue—that teams do bring in a minority candidate for the sole purpose of satisfying the Rooney Rule while holding no intentions of giving that candidate serious consideration.

That is not the perspective that many others share, including Austin, who said that “it’s really an honor to be interviewed” in the first place. Others point out the fact that, even if their interview might not be seriously considered for that job, the information and experience does get passed along to other teams who might consider him in the future.

It is also a valuable experience simply to go through the process, to make the presentation, to enter the mindset of the head coach and to prepare for that role for the future. As is typically the case in all athletic spheres, the coaching ranks are a fraternity, and that fraternity by matter of circumstance has been predominantly white. It’s difficult to break into that fraternity regardless of your background.

Austin has been regarded as a hot commodity, however, not dissimilar to Hue Jackson, who was recently awarded his second opportunity to lead a team this offseason. Lions coach Jim Caldwell has helped campaign for his defensive coordinator to land an opportunity of his own, and even expressed disappointment that that opportunity did not come this offseason.

The Rooney Rule is one that tends to draw mixed reactions on multiple fronts, whether it is fair, whether it is needed, or whether it is practical. Austin is an individual living out the Rooney Rule, and it has so far opened up the doors to nine interviews, including one that he turned down in 2015. It seems only a matter of time before he is able to walk through the door and into a head coach’s office somewhere in this league.