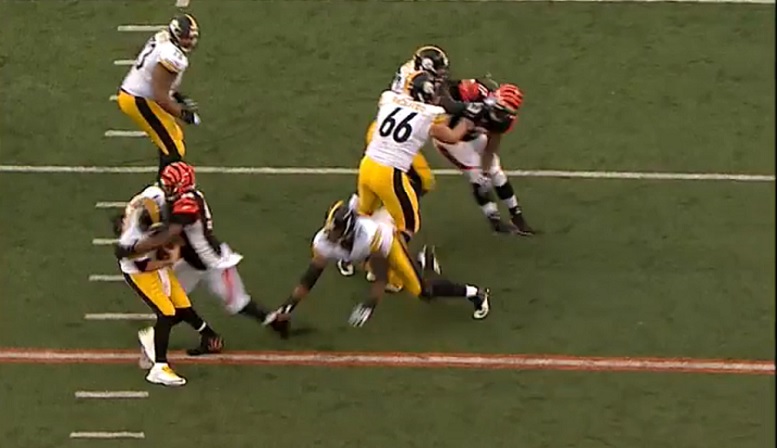 Carlos Dunlap, one of the key pieces of the Cincinnati Bengals’ defensive line since he was made a second-round draft pick in 2010, had a career year of sorts last season after he posted the first double-digit sack year of his career, coming closest with 9.5 sacks in his rookie campaign. Not only did he eclipse the double-digit mark, he set the Bengals’ club record with 13.5 sacks, just a half-sack beyond the mark.

Feeling somewhat rejuvenated coming off of the first Pro Bowl campaign of his career, Dunlap’s next item on his agenda is to better his sack total by nearly double digits again, because he would need to finish with 23 sacks in order to surpass Giants Hall of Fame defensive end Michael Strahan’s official record of 22.5 set in 2001.

In six professional seasons, Dunlap has accumulated 49 sacks thus far, averaging just a hair over eight sacks per season in that span, which is the number of sacks that he recorded in 2014, his highest mark by that point since his rookie season.

Individual goals such as these are often viewed negatively by the outside observer, namely the fan, believing that the team goals must always be the focal point and that individual success is immaterial in the grand scheme of things. Whether or not Dunlap gets a single sack would be irrelevant if the Bengals went on to win the Super Bowl.

Dunlap talked about not only that, but also simply the difficulty of posting a 20-sack season, particularly on a defensive line with the likes of Geno Atkins, who himself posted 11 sacks, and Michael Johnson, who has a double-digit sack season on his resume as well. Even Domata Peko posted a career-high five sacks a year ago, with the Bengals’ defensive line running on all cylinders.

“When you’ve got three guys who can get 10 sacks and a nose tackle who can get five” he said, “it’s spreading the wealth. So that’s good for our team”. Dunlap went on, saying, “along with the team goals, you’ve got to have your personal goals that will help you obtain the team goal”.

I’m fairly certain that Antonio Brown values his own achievements, while also being abundantly aware of the role that each of his receptions play in his team’s overall success. He may have posted one of the best seasons that a wide receiver has ever had last year, but in the process of putting his name in the record books, he also helped the Steelers reach the Divisional Round for the first time since 2010. Dunlap’s sack prowess would help the Bengals win their first playoff game in decades.