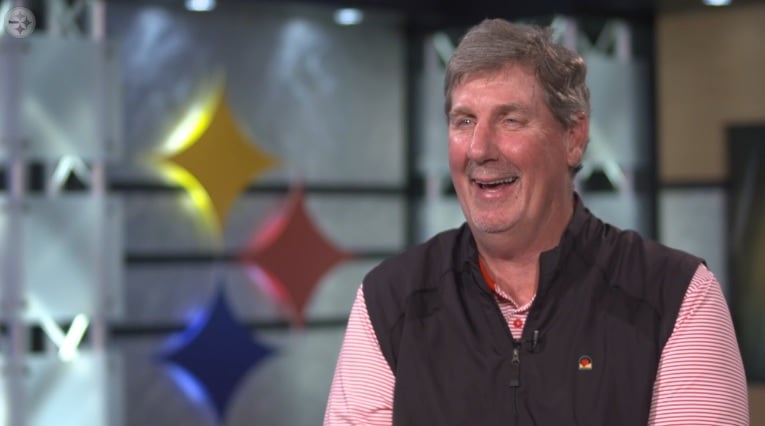 Dick LeBeau will always be a special member in Pittsburgh Steelers’ history but even the great ones like him have their pitfalls. With the transition from him to Keith Butler, we’ve seen a more player-friendly version of this defense. A simpler one. It gives the new faces the ability to make a more immediate contribution and a system that’s easier to take in the information. And as a result, it gives the players confidence.

Speaking to Steelers.com’s Missi Matthews, Butler said having confidence is the biggest thing he wants his players to have after the offseason programs finish up and looking towards training camp.

We’ve already heard this new approach by Butler echoed from players. Two weeks ago, Arthur Moats told Trib Live that his boiled down approach allows Pittsburgh to “let your physical ability take over.”

“I felt like with Coach LeBeau, he’s definitely going to challenge you more mentally, in the sense of going into some games you’re going to have 30 to 40 calls and you’re going to need to be able to execute them all at a high level. So you would see as a trend, a lot of the younger guys were never be able to get on the field right away just because the mental complexity of it would be overwhelming for them,” Moats said in the interview.

Of course, that doesn’t mean his defense is watered down or less aggressive. To the latter, far from it, something our charting has backed up along with Robert Golden’s statement to Steelers Nation Radio two days later.

“LeBeau, he created most of the fire zone defense and he was able to show us how they ran and Coach Buts [Butler] he’s the kind of guy that wants to bring it all the time. I feel like LeBeau was kind of more on the conservative side, but Coach Buts, he loves to bring the fire.”

As we wrote about last season on an almost weekly basis, Butler threw out almost every Fire Zone in the LeBeau book. We’ll recap those in an extensive breakdown closer to camp. Play fast. Play physical. Play tough. Those are simple, effective teaching points to this defense, one that is looking to infuse three rookies: Artie Burns, Sean Davis, and Javon Hargrave.

That approach should speed up their development and ability to contribute. Perhaps that’s the starkest contrast to LeBeau, whose conservative approach saw top-talents like Cam Heyward and Stephon Tuitt bide their time on the bench. Tuitt’s situation was more egregious, forced to wait until the last quarter of 2014 to replace the infamous Cam Thomas.