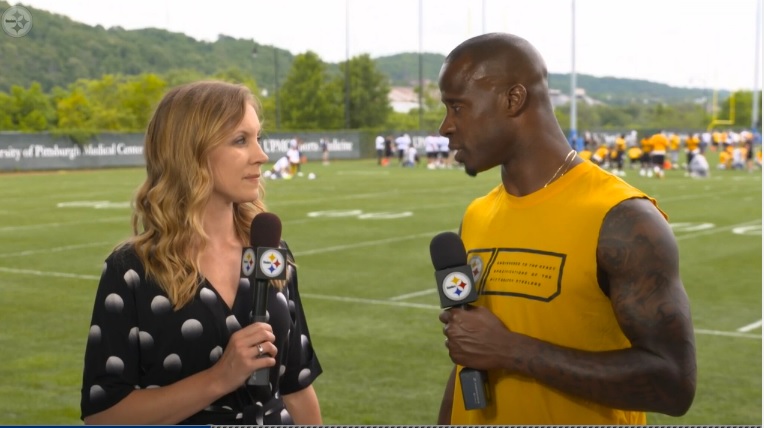 Ike Taylor flew into Pittsburgh during last week’s minicamp and caught up with Steelers.com’s Missi Matthews for a quick interview. And he didn’t hold back his optimism for the team’s outlook in 2016.

He told Matthews he was excited for the group and as you can see in the title, believes they will be “special.” But that isn’t just Taylor’s guess from 30,000 feet. Joey Porter seems to believe the same thing.

“I was talking to coach Joey Porter a couple weeks ago and he was like, ‘Ike, I’ve seen this before.’ I’m like, whatcha mean Peezy? And he was like, ‘remember how we competed with everything on the field to off the field? These guys are doing the same thing.'”

Porter and Taylor won a Super Bowl together, Super Bowl 40 in Detroit, beating the Seattle Seahawks. That year, Porter racked up 10.5 sacks. Taylor started 15 games and had an interception in the Super Bowl.

Tangibly, Taylor was impressed with the Steelers’ offseason decisions along with the players already returning.

“Ladarius Green from San Diego, that’s a huge upgrade. DeAngelo Williams, I think, is one of the key factors. Le’Veon getting hurt, DeAngelo came in and had 907 yards. Arguably, you got the best quarterback, receiver, running back.”

It’s hard to debate that last point, despite what some (now ex) ESPN employees have attempted to do.

While the Steelers’ secondary is one of the team’s weak spots, the catalyst for drafting there with two of their top three picks, Taylor had a simple message for what those players need to do.

“Just tackle the catch. I think when we played, that was a strong implement for Coach LeBeau. When the receiver get the ball, we’re breaking it up, picking it off, or tackling. There is no yards for catch. That means a lot. There’s going to be a lot of one-on-one situations where your help isn’t going to be there. So these guys have to understand yeah, these guys might catch the ball, but that’s all he’s doing. You’re deflecting the ball or tackling on site.”

It’s a similar philosophy under Keith Butler who still runs Cover 3 most of the time, corners playing off and rallying on the underneath throw. And when the coverage works, the Steelers’ front four can generate pressure.

Taylor would later praise Artie Burns. Burns is ostensibly fighting Ross Cockrell for an outside cornerback spot, though we’ll get a better feel for the depth chart once training camp begins in July.