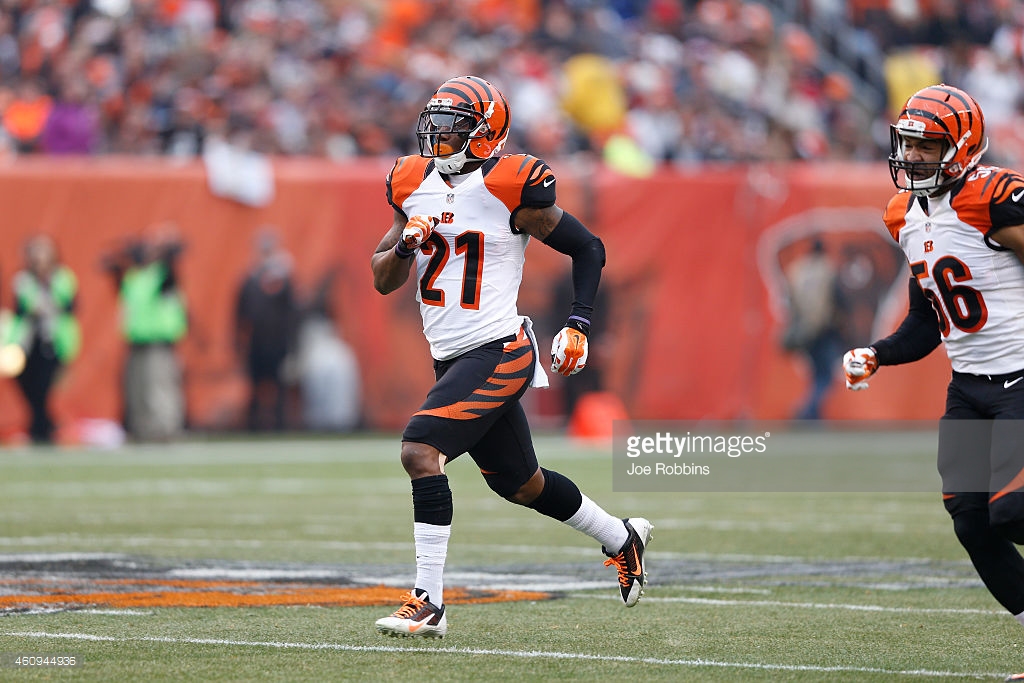 Do you remember cornerback Darqueze Dennard? He was the defensive back that the Pittsburgh Steelers had to draft with the 15th overall pick in the 2014 NFL Draft, the year that they drafted Ryan Shazier in that spot. A Michigan State product and former teammate of Le’Veon Bell, Dennard ended up being drafted by the Cincinnati Bengals later on in the first round.

Dennard is now just one of three cornerbacks that the Bengals have drafted in the first round over the span of the last five years, but he’s certainly not giving any ground to any other cornerback on the roster, a depth chart that also features another former first-round cornerback in Adam Jones.

Dennard’s second season ended abruptly in his first start, aggravating a shoulder injury that resulted in him going on injured reserve and which required offseason surgery. He has missed all of the Bengals’ spring drills, naturally, as he recovers, but he fully expects to be ready to go for the start of training camp in several weeks.

Dennard wasn’t really having that when asked about his role, responding to a reporter’s question by jokingly asking, “trying to limit me, huh?” He conceded the perceived reality of his situation, saying, “I see what you’re saying”, but added, “I see myself as a number one corner”.

He continued, saying, “I think that’s the mindset of the whole defensive backfield. Everyone wants to be a number one. That’s what will make us so good. Competing and pushing each other hard is going to make us better as a whole”.

Due to injuries and a deep backfield in front of him, Dennard has struggled to see more than a couple hundred snaps over the first two seasons of his career, but his recovery from the shoulder injury, and the fact that the Bengals chose not to pursue re-signing Leon Hall—yet another former Bengals first-round cornerback—suggests that he has his best opportunity yet to play immediately and play a lot.

“I’ve been waiting for this moment for a while”, he said, about the prospects of landing an excellent opportunity to play, something that he hasn’t quite been afforded in his first two seasons. Even his playing time last year came about in part due to injuries.

Jones is an established starter, and Kirkpatrick moved into the starting lineup last year on a full-time basis. Though he did not record an interception in 2015, he recorded six combined in 2013 and 2014.

If Dennard hopes to unseat one of these cornerbacks in order to take over their role in the base defense, he is going to have to show a lot of growth in his third season. Last year, he recorded 20 tackles, three passes defensed, and the first interception of his career.