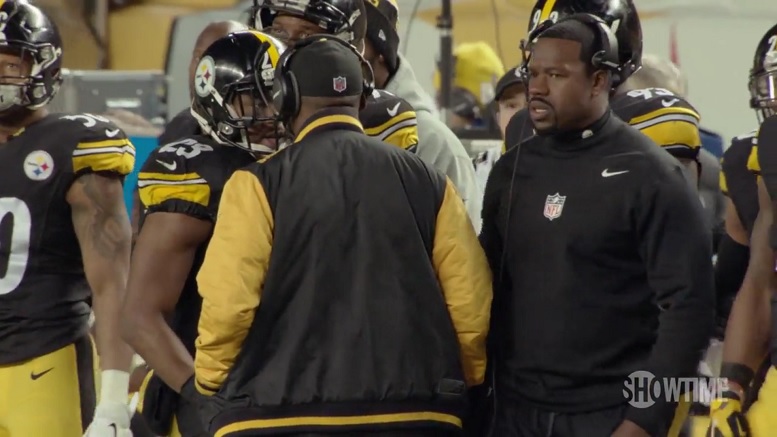 The dead time in the NFL news cycle between the end of minicamp and the start of training camp in late July is a graveyard of silly thought experiments, and the latest comes courtesy of NFL Network contributor Bucky Brooks, who sought to assemble a coaching dream team made up entirely of current head coaches.

Assembling a 14-coach staff, the AFC North was well-represented, with three of the division’s head coaches making the roster, among them Pittsburgh Steelers head coach Mike Tomlin. But it is the position at which he is affiliated with the staff that will no doubt raise some eyebrows in the comments section, as Brooks wants him to coach the defensive backs.

If one were to point out one weakness in particular in the Steelers’ roster lately, it would no doubt be the secondary, and they have actively tried to address that in recent years, going out and signing a free agent starter and throwing three first- or second-round draft picks at that spot over the course of the past two drafts. That amount of movement signals some level of dissatisfaction, naturally.

For as much as one might scoff at the idea, however, Tomlin, of course, made a name for himself as the defensive backs coach for the Super Bowl-winning Tampa Bay Buccaneers team of the early 2000s, during which he coached such greats as John Lynch, Ronde Barber, and Super Bowl MVP Dexter Jackson. He also happened to coach a young Will Allen, whom he later brought to Pittsburgh.

Incidentally, Jackson is best-known in Pittsburgh for nearly signing with the Steelers during free agency in 2003, but ultimately choosing to sign with Arizona after backing out of a verbal agreement. The ripple effect of this decision was Pittsburgh electing to move up in the 2003 NFL Draft in order to select a USC prospect by the name of Troy Polamalu.

As an accomplished three-year starting wide receiver at William & Mary, though with no professional prospects, a young Mike Tomlin showed a certain acuity for the finer points of the game that he was able to parlay into a coaching career, and his understanding of the wide receiver position helped him to understand the cornerbacks and safeties responsible for reeling them in.

Tomlin earned a reputation in Tampa Bay of being a very detail-oriented coach, with Lynch famously recalling a story of how the young defensive backs coach once approached the future Hall of Famer with a list of technique adjustments that he can make to improve his performance.

Now entering his 10th season as a head coach for the Steelers, Tomlin seems perhaps to be heading back toward his position coach roots. Following the upheaval at the defensive coordinator position last year, he took a far more hands-on approach with the defensive backs last summer, particularly with respect to drilling in the Cover 2 look, and I think we can expect a more hands-on approach to continue, especially with the number of young players being counted upon to play a big role. For more than Bucky’s sake, I certainly hope he finds his old form and finds the next Ronde Barber.