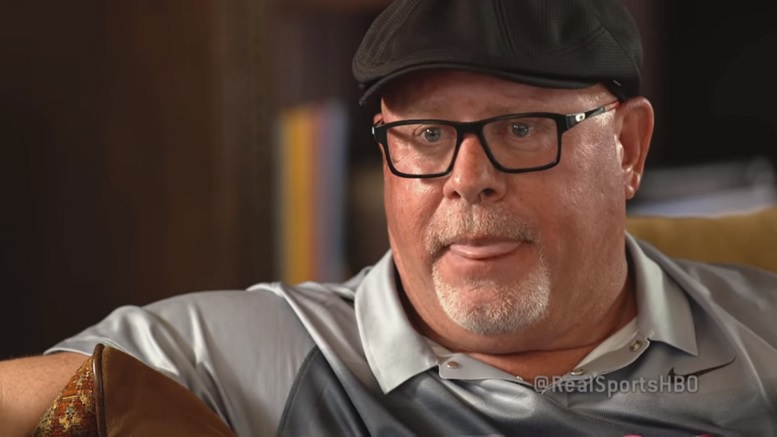 Even though it’s now been more than four years since the Pittsburgh Steelers and Bruce Arians parted ways, the way the divorce took place still manages to get discussed occasionally. In an upcoming interview that’s set to debut Tuesday night on HBO’s Real Sports With Bryant Gumbel, Arians opened up to Andrea Kremer about how his time with the Steelers ultimately came to an end.

Arians first told Kremer that Steelers head coach Mike Tomlin had initially informed him that he would get him a new contract after the 2011 season ended. As you can see in the video of the interview below, Tomlin allegedly then called Arians to inform him that things had changed.

“And he said, ‘I’m going to fly down and talk.’ [I] said, ‘Why waste the money and the time?’ And so that was it. Walked upstairs and told my wife. And I’ve never seen her cry. And she cried.”

Arians went on to say that he believes his style of offense combined with his perceived close relationship with quarterback Ben Roethlisberger is what ultimately resulted in him not receiving a new contract.

“And we didn’t run the ball enough,” added Arians.

Kremer then asked Arians if he felt betrayed at that time.

“Oh yeah,” said Arians, who is now entering his fourth year as the head coach of the Arizona Cardinals. “Because I did a good job. Maybe not the right image, but it was a damn good job. I was pissed. But again, time heals things. I had retired, legitimately retired.”

When the Steelers decided not to renew Arians’ contract, Tomlin released a statement on the team’s official website saying that the longtime offensive coordinator had decided to retire.

“Bruce Arians has informed me that he will retire from coaching,” the statement read. “I appreciate his efforts over the past five years as the team’s offensive coordinator and for helping lead our offense to new heights during his time with the Steelers. I am grateful to Bruce for contributing to our success and wish him nothing but the best in his retirement.”

Shortly after that happened, Arians quickly refuted the retirement claim and stated that he had essentially been fired. Semantics? Maybe.

In the end, what transpired at the end of Arians’ career in Pittsburgh wound up being a huge blessing for him as he was almost immediately hired by the Indianapolis Colts to be their offensive coordinator. After Colts head coach Chuck Pagano was forced to take a leave of absence during the 2012 season in order to battle leukemia, Arians found himself as the team’s interim head coach. He then led the Colts to a 9-3 record and an eventual playoff birth during Pagano’s absence with then-rookie quarterback Andrew Luck and wound being named the 2012 AP Coach of the Year. The following offseason the Cardinals hired Arians to be their head coach.

It’s interesting to think about what may have happened had the Steelers beaten the Denver Broncos in the 2011 season’s AFC Wild Card game and subsequently made it to the Super Bowl. Regardless, it’s all water underneath the bridge at this point and while Arians appears to have moved past it for the most part, you will see in the video below that his wife probably hasn’t.

How great would it be to see the Steelers play the Cardinals this year in the Super Bowl once again? Should that ultimately happen, you can bet this recent interview will receive quite a bit of attention during the buildup to the big game.