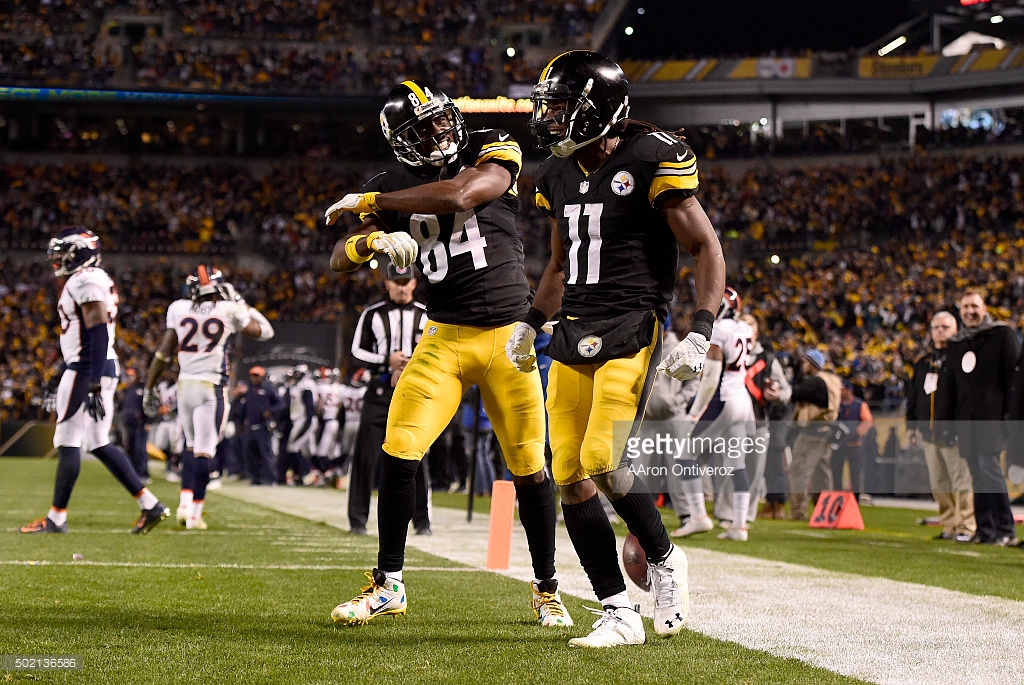 The Pittsburgh Steelers, it goes without saying, had no idea what they were getting when they drafted wide receiver Antonio Brown in the sixth round of the 2010 NFL Draft. After declaring early following a three-year career of 305 receptions, 3199 yards, and 22 touchdowns, he has only picked up the pace at the next level, and done so in dramatic fashion.

For most of his career, however, Brown’s accolades have largely been his own. Drafted as a 21-year-old, there was still a lot for him to learn off the field, both in his personal and professional lives. It was his good fortune that he had guides such as Hines Ward and Jerricho Cotchery to work with through the early stretches of his career.

As he enters the heart of his career, however, and is set to hit 28 in a little bit over a month from now, it seems, at least to me, that he is taking on a greater role as a leader of the wide receivers and of the offense than he ever has before.

As great of an athlete and incredible competitor that he is, and has been, I have not always found that Brown has been a natural leader, entering the league as part of the Steelers’ ‘Young Money Trio’, and becoming the first to cash in. There has been a ‘diva’ moment or two in his history, stories about him demanding to get the ball more a few seasons back and things of that nature.

Perhaps most interesting, I’ve found, is the fact that when Markus Wheaton was drafted in 2013, it was Cotchery whom he spoke of about helping his transition to the professional realm. Cotchery departed in free agency the following offseason, but when Martavis Bryant was drafted in 2014, he spoke of Darrius Heyward-Bey and the role that he played in trying to adjust to the NFL life.

I’ve not read or heard much in that vein from Brown in that regard over the years—of course, it has never been a requirement, and the fact is that, until recently, he has tended to be relatively young in comparison to the rest of the roster, and to the wide receiver room.

But he is getting older now, and more and more settled in not just as a professional, but as a leader, and we seem to be seeing that in his work this offseason with some of the team’s young wide receivers, such as Eli Rogers and Demarcus Ayers. Last year’s third-round draft pick, Sammie Coates, has spoken about Brown as well, and I imagine that the two have worked together or will work together in some capacity this offseason.

While I concede that I am speaking purely from my impressions through following his career from afar, and not at all privy to the more intimate details of his relationship with his teammates, I can’t help but speculate that he is hitting the tipping point between being one of the young guys and being one of the veterans, a natural process of yearly roster turnover, and he is really embracing that role more than ever.