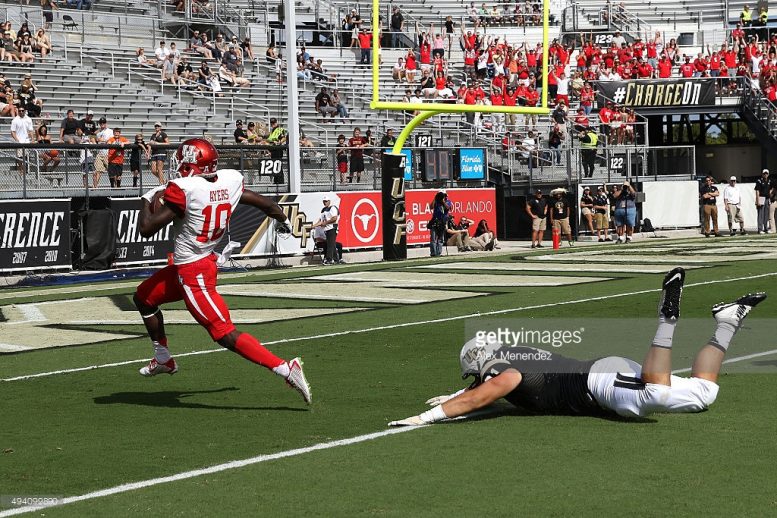 The Pittsburgh Steelers drafted Houston wide receiver Demarcus Ayers in the seventh round of the 2016 NFL Draft Saturday evening and while the team is defending his selection based on the fact he was their top-rated punt returner in this year’s class, it’s hard to ignore the production he had last year as a pass catcher.

It goes without saying that Ayers will likely only make the Steelers 53-man roster should he win the punt returning job during training camp, but based on the tape from last year that I have already watched of him, all he did was catch passes thrown his way. In fact, Ayers caught roughly 74% of the 132 passes that he was targeted with in 2015 and only had 3 total drops. I don’t care how one goes about catching 98 passes in a single-season, that’s a huge accomplishment in and of itself.

Ayers also caught 6 touchdown passes in addition to scoring twice via a run and a punt return. I have compiled all 8 of his scores from 2015 for you to see in the video below. Make sure you look for the nice one-handed grab in this video as well.

In a future post, we will be breaking down Ayers’ play over the course of the last few season and that will include us pointing out several of his faults for the sake of objectivity. In the meantime, however, let’s use this post to focus on some of his positives, which in this video includes him scoring touchdowns.