Is Pittsburgh Steelers wide receiver Antonio Brown getting faster the older he gets? He certainly seems to think so.

Depending on the source that you choose to use, Brown wasn’t that fast when he ran at the 2010 NFL Scouting Combine. However, in the NFL.com video that you can see here, he is listed as running the 40-yard dash in 4.47 seconds. At his 2010 pro day, Brown reportedly registered a time of 4.48 seconds.

Regardless of whether or not Brown is getting faster with age, his performance on the field with the Steelers certainly has improved statistically over the course of the last three seasons and he’s arguably the best wide receiver currently in the league.

As far as the upcoming season goes, Brown posted on Twitter a few days ago that he and quarterback Ben Roethlisberger have talked this offseason and that has included some new routes being designed. New routes? Ok, we’ll buy whatever it is that he’s selling.

Ben and I have been talking during the off season and we're cooking up some new routes for you all. DB's beware ✈️

Brown will be participating in the Monday season finale of Dancing with the Stars Monday night and we assume he’ll make it back to Pittsburgh to show off his improved speed at the Steelers first set of OTA practices that get will get underway on Tuesday.

Here are screenshots from Brown’s Snapchat. 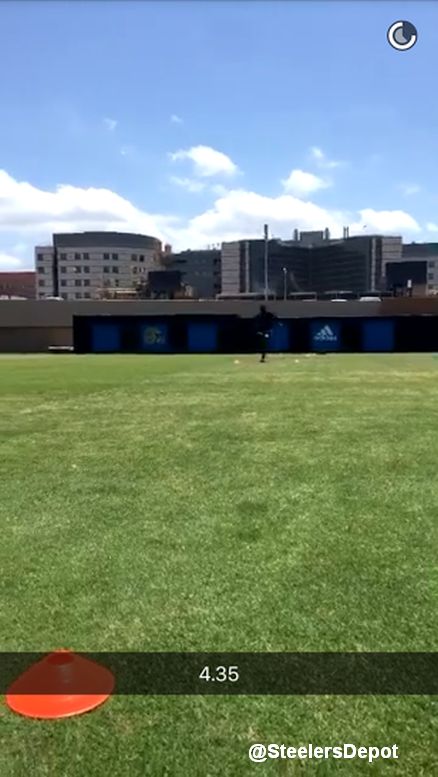 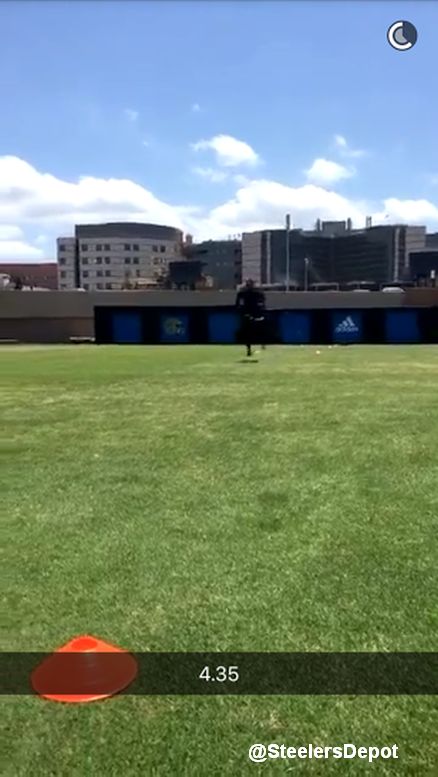 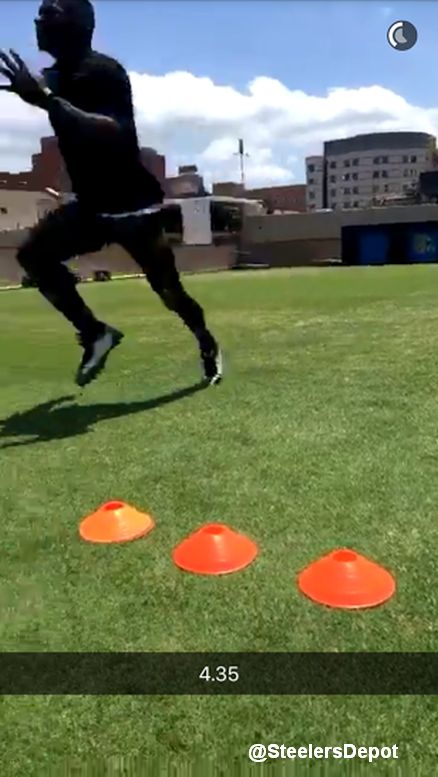