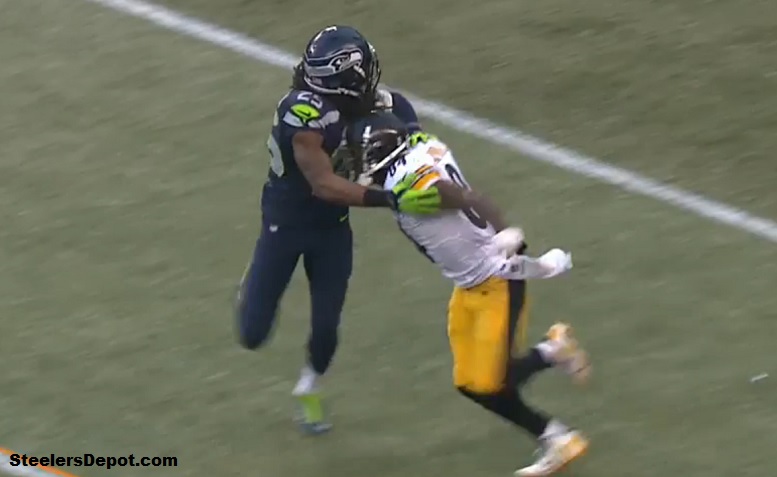 We all know by now that over the past few seasons the Pittsburgh Steelers have remained near the top in the league in terms of “big plays.” In this article, I’ll take a look at how the Steelers fared in that category last year, and what to look for in 2016 with some new additions. I’ll be focusing solely on the passing offense, and I think you’ll find they have a great opportunity to solidify themselves as the best big play offense in the league next season.

The breakdown will individually look at the receivers by position and all yards per reception (ypr) stats are limited to players with at least 30 receptions in 2015. (It’s important to note this will focus on those who are expected to see significant playing time in 2016).

Antonio Brown: Of course we must start with the man that sets the standard.  We all know what Brown is capable of once he gets the football in his hands.  He can create opportunities that aren’t there and has the ability to take a 5 yard slant 50 yards to the house. Surprisingly, Brown was way down the list when it comes to yards per reception last season, at 45th in the league with 13.5 ypr.  But, looking a bit closer, the results aren’t as surprising.  Among the league’s elite receivers who logged over 80 receptions (there were 21 players), Brown’s ypr ranks in the top 10.  Coupling that with his 570 yards after catch, Brown looks to have another year full of big plays.

Markus Wheaton: Wheaton unfortunately still has yet to be a consistent force in the Steelers offense, largely due to the emergence of Martavis Bryant.  But in 2016 he will likely see a significant increase in snaps amidst Bryant’s absence. When looking at Wheaton’s 2015 production, one play usually comes to mind.  That would be his 72 yard touchdown catch from Michael Vick against the Chargers, and we’ve seen him keep defensive backs honest with his numerous deep routes.

Among all eligible receivers, Wheaton cracked the top ten (9th) last year with a whopping 17ypr. That’s 11 spots higher than Bryant (20th), and while Wheaton’s numbers are likely to go down with more targets next year, this goes to show the Steelers might not miss Bryant’s big play ability as much as we thought.

Sammie Coates: We don’t have a whole lot to go off when it comes to evaluating Coates’ NFL play, but he’s going to see a lot more playing time in 2016.  We saw some flashes of what he could do in the playoff game against Denver, including one catch where he ripped off a 52 yard gain. Big plays may be coming in the future for the former Auburn Tiger.  In his three year career at Auburn, Coates totaled 21.4 ypr, increasing the total each year.  With Bryant’s absence, we’ll be able to see exactly what Coates has to offer, and I’m looking forward to it.

Ladarius Green: This new addition to the offense provides a whole new resource when it comes to big plays.  Last year, Green recorded 11.6 yrp for the Chargers, which was good for 10th best among tight ends.  The 6’6’’ tight end was added to the Steelers via free agency this offseason, and there’s no telling what numbers he could have put up had he not been playing behind Antonio Gates. Aside from his obvious potential in the red zone, Green gives the Steelers a big play option that they have missed from the position for years.

Granted, Heath Miller was arguably the best all-around tight end in the league for the better part of the past decade, but he wasn’t a threat to stretch the field.  Green’s combination of size and speed is likely to provide some nice opportunities deep down the field. For contrast, Miller had 8.9 ypr in 2015.

Jesse James: Though James did not qualify to be included on the ypr list for 2015, his strengths have clearly proven to be on the receiving end of the position.  And now with Miller gone he has an opportunity to increase his role within the offense, though he it will be tough for him to carve out a large role with the signing of Green.  Still, I’m curious to see what he will provide in 2016. And don’t be surprised if we see some big plays come from James next year.  In his three years at Penn State, James totaled 12.9 ypr.

Le’Veon Bell: Due to injury, Bell also did not qualify for the ypr list, but we all know what he contributes on the receiving end. With that, I’ll look to his 2014 stats for reference. That year, he caught 88 passes, and was the highest running back on the board with 10.3 ypr. This man doesn’t need much explanation, but it’s obvious that if Bell can stay healthy he will be a driving force, not only in the run game, but in the passing game as well.

DeAngelo Williams: I don’t know anyone who anticipated Williams’ invaluable production for the Steelers in 2015.  He got it done on the ground, and contributed a surprising amount in the passing offense.  In a year that saw running backs catching even more passes and contributing big plays as receivers, Williams ranked 6th among the position with 9.2 ypr. He showed up all those who doubted him, and clearly documented that he can still get it done as a receiver.  If he and Bell remain healthy, these two can continue to light it up in this explosive offense.

The offense in general ranked extremely high in 2016 when it comes to big plays.  They came in 2nd for yards per play with 6.26 and led the league with 43 passing plays of 25+ yards. With some new additions and key players returning healthy, it’s hard to imagine the Steelers won’t remain at the top of league in game-changing plays. There’s not a defense in the NFL that shouldn’t be terrified to face this wealth of receiving talent, not to mention they’ve got a 2-time super champion quarterback in Ben Roethlisberger.  The primary focus for this team as it is every year is health, health, health.  Did I stress that enough?  If they can stay relatively healthy, there’s nothing holding this offense back.