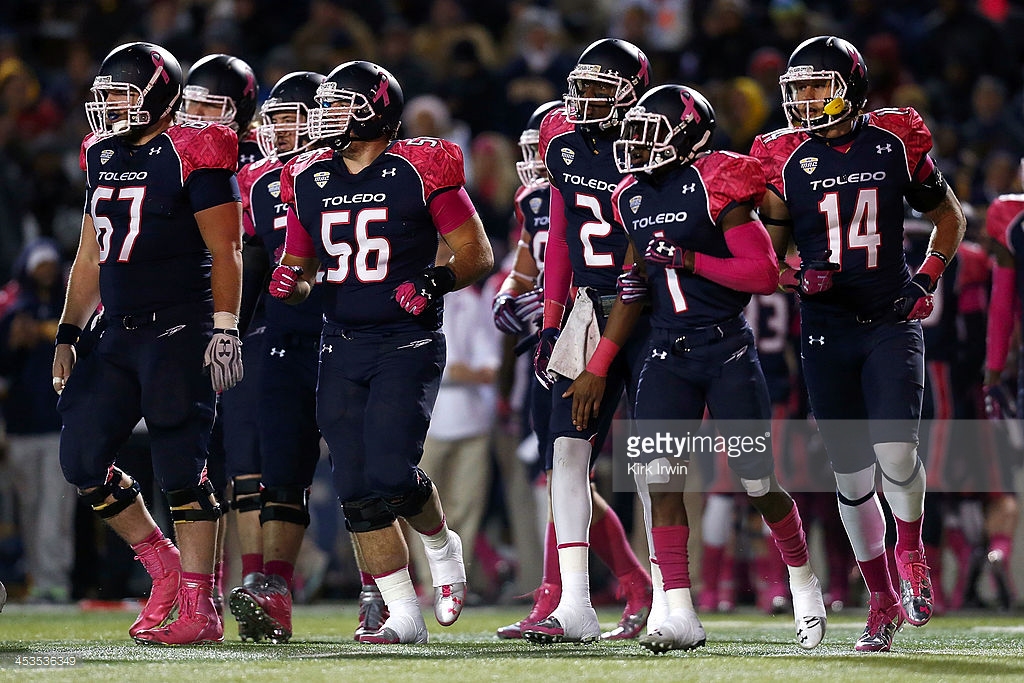 Since the bulk of undrafted free agents were announced at the conclusion of yesterday’s draft, two more players have been invited to the Pittsburgh Steelers’ rookie minicamp this week. They will participate on a tryout basis.

They are Toledo corner Cheatham Norrils and Penn State running back Brandon Johnson.

Norrils has a pretty wild story. He missed the entire 2014 year with a viral infection that put him in the hospital and caused him to lose nearly 30 pounds. Doctors were never able to pin down exactly a diagnosis but he recovered and saw a productive 2015 campaign. He recorded 66 tackles and three interceptions for the Rockets.

Johnson rarely saw the field on offense for the Nittany Lions. He has just two career carries to his name, each coming last season. Most of his work came on special teams. Johnson opened eyes though with a tremendous workout. He blazed a 4.43, jumped 40.5 inches, and a 10’7″ in the broad. At 228 pounds, it’s as impressive you can be on paper.

Running back Cameron Stingily earned a tryout out of rookie minicamp last year. Terence Garvin carved out a similar path and much more successful career. So though these might be viewed as just “bodies,” there’s always the opportunity to earn a spot. Kevin Colbert said as much at last night press conference, thinking one or two players could get signed.