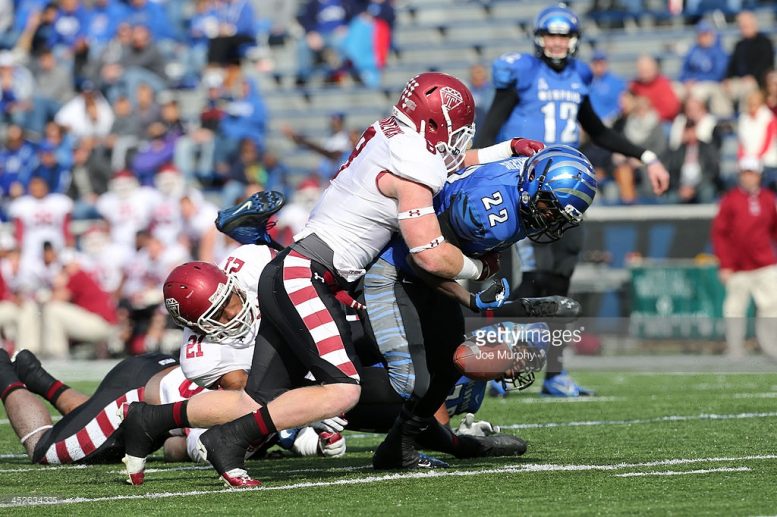 If you’re expecting a lot of contribution from several members of the Pittsburgh Steelers 2016 draft class at the respective positions that each player plays this season, you are probably sure to be disappointed as a whole. While a few of the seven players are almost certain to not even make the team’s final 53-man roster out of training camp this year, the others that ultimately will have a good chance of being special players in 2016 and by that I mean they should be able to contribute heavily on special teams.

While it’s sure to take first-round cornerback Artie Burns quite a bit of time to acclimate himself with the Steelers defense before finally being given an opportunity to play in a meaningful game, the 5-11 Miami product should be able to serve as a gunner on the punt coverage team at the very least in the meantime. While I don’t have all of his special team numbers compiled from his college career just yet, I can tell you that STATS has him listed as recording 3 special teams tackles last season.

As for safety Sean Davis, the Steelers second-round draft pick, he had 36 special teams tackles during his college career at Maryland and because of that, I fully expect that Danny Smith will use him as a core member on his units while he works on overtaking current starting safety Robert Golden.

While defensive tackle Javon Hargrave, the Steelers third-round draft pick, isn’t likely to ever be a huge contributor on special teams because of his size, it’s not out of the question to think that he might find his way onto the field as a member of the field-goal block unit at some point during the 2016 season.

When it comes to the Steelers fourth-round selection, tackle Jerald Hawkins, he needs to just concentrate on making the team’s 53-man roster as a reserve offensive lineman. If he does, he will more than likely be one of the teams weekly inactive players.

The Steelers final three draft picks all certainly possess special qualities and it starts with speedy outside linebacker Travis Feeney, who will more than likely be looking to beat out last year’s draft pick, linebacker Anthony Chickillo, for a roster spot this year during training camp. In order to do just that, not only will Feeney need to show he has upside as an outside linebacker during the coming weeks and months, he’ll also need to make himself uncuttable by endearing himself to Smith. Steelers linebackers coach Joey Porter doesn’t seem to be too concerned about Feeney potentially doing just that.

“When you get to the NFL, there are a lot of guys on the team already to where you have to earn your keep on special teams. He runs too well for him to not be willing to do what we ask of him on special teams. Special teams is really nothing but a personality. It’s part of the job. It’s part of the game. It helps us win. I think the guys that love to play football will do whatever it takes to get on the football field.”

The Steelers first of two seventh-round draft picks, wide receiver Demarcus Ayers, was rated by Smith as the top punt returner in this year’s class. While Smith also has some upside as a pass catcher, his path to becoming a contributor on the team’s 2016 roster revolves entirely around whether or not he can beat out wide receiver Antonio Brown for the punt returner job during training camp and the preseason. You can bet he’ll be given every opportunity to do just that judging by Smith’s comments about Ayers immediately after he was drafted.

We wrap things up with the Steelers final draft pick, linebacker Tyler Matakevich, who was taken late in the seventh-round Saturday night. If there’s one thing that Matakevich can do, it’s tackle as he registered nearly 500 of them doing his four years at Temple.

Keep in mind that this discussion has been limited so far to the members of the Steelers 2016 draft class and with that said, it’s worth noting that the team also signed former Duke punter Will Monday as an undrafted free agent. During his college career, Monday compiled a 46.46 yards per punt average and downed 88 punts inside the opponent’s 20-yard line with only 33 touchbacks. Monday will be looking to beat out incumbent punter Jordan Berry this summer.

Once again, while all eight of these players that I have listed aren’t likely to be on the Steelers opening Monday night roster when they take on the Washington Redskins, most of the ones that are likely be fully dressed for that game as members of Smith’s special teams units.