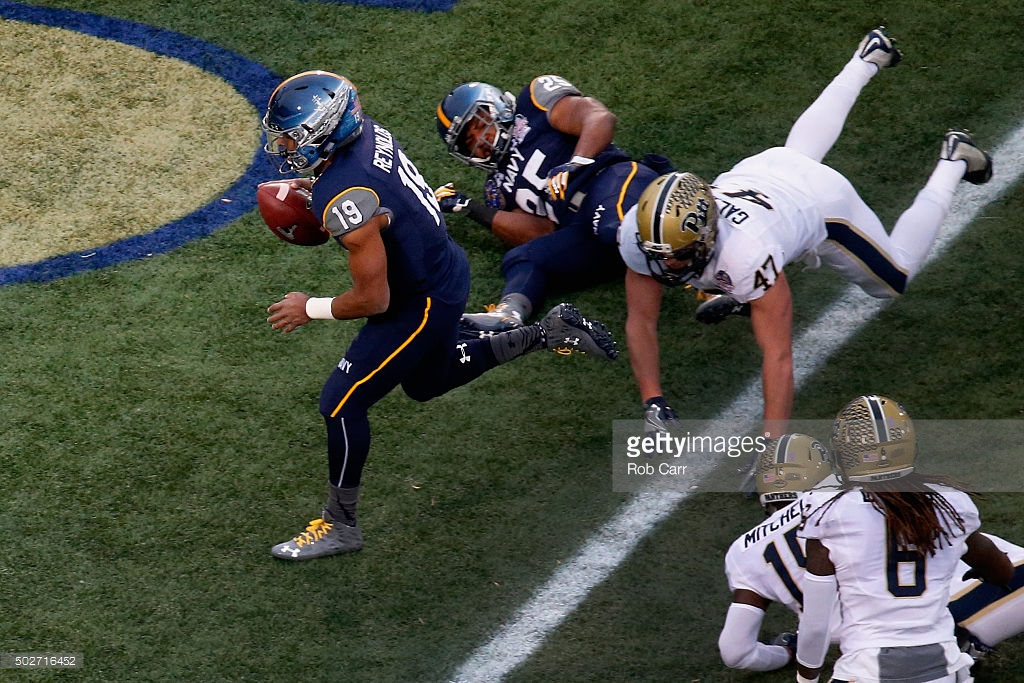 Stop me if you’ve heard this one before: an AFC North team is spending the offseason trying to convert a college quarterback into an NFL wide receiver. No, this time it’s not the Pittsburgh Steelers, but rather the Baltimore Ravens, who actually spent a draft pick on such a player—in this case, Navy quarterback Keenan Reynolds in the sixth round.

You will no doubt recall that the Steelers actually spent their time meddling with two such players last year, though they both arrived to the team as undrafted free agents rather than draft picks. They brought both Boston College quarterback Tyler Murphy and Michigan quarterback-turned-wide-receiver Devin Gardner in for pre-draft visits.

Following the 2015 NFL Draft, the Steelers signed Murphy to a free agent contract as an undrafted player. Gardner, meanwhile, signed with the Patriots, but it wasn’t long before he was released, and Pittsburgh claimed him, and his $10000 bonus, off waivers.

Both players spent the majority of the offseason with the team, at times reverting back to throwing footballs, but Gardner suffered an injury during the preseason and was released in mid-August. Murphy, on the other hand, with less wide receiver experience, managed to make some plays in the preseason, and made the initial 53-man roster.

Reynolds is working on establishing himself in a receiver corps that remains a bit of a work in progress, so perhaps there is room for him to make it. It is likely that his key to making the roster will be in finding versatility and wearing multiple hats.

Reynolds ended his collegiate career having scored more touchdowns than any other Division I player, but while that far from guarantees that his abilities will translate to the NFL, the Ravens certainly drafted him with the belief that he has the potential to make the team.

He did show some ability during the East-West Shrine game practices, as well as at his local Pro Day, which would be a short trip from Baltimore. He suffered a hamstring injury while setting a 4.57-second 40-yard dash pace that put an early end to the workout.

It may be as a return man that he finds his most direct path toward a roster spot. He has never returned a kick or punt—or at least did not do so in college—but he has shown that he has playmaking ability that can translate to that role. Of course, if an NFL career doesn’t pan out right away for him, he can always look toward Alejandro Villanueva for motivation to keep trying.