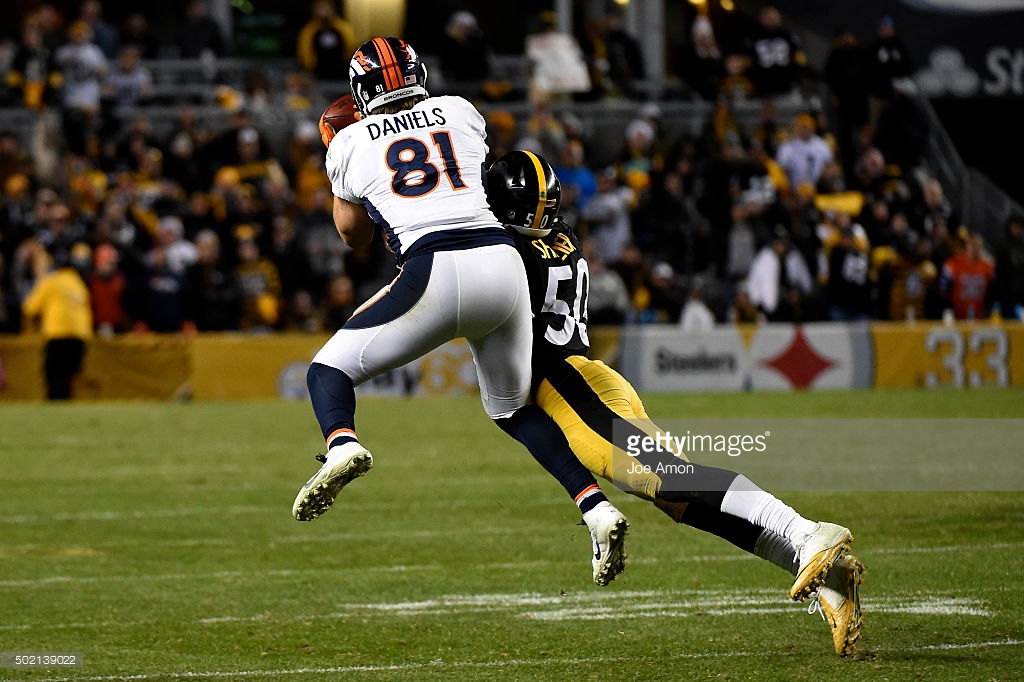 Question: Will inside linebacker Ryan Shazier emerge as the mainstay coverage linebacker in 2016?

Perhaps the most underrated quality of James Farrior, an underrated player in his own right, was, at least through most of his tenure with the Steelers, his ability to play in coverage as an inside linebacker in obvious passing situations.

That was a role that gradually shifted to Lawrence Timmons over time, and Larry Foote played the part as well, but Farrior was the sort of underappreciated do-everything linebacker, who recorded 11 interceptions during his career and about five times as many passes defensed, including a phenomenal four-interception year in 2004, which helped him earn his first and only first-team All-Pro honor.

The Steelers should be so lucky if Ryan Shazier becomes more than half the player Farrior was at his peak, in spite of his obvious superior athleticism, particularly in terms of fantastic speed for the inside linebacker position.

But one area of his game that has not as yet been much of a strength is his work as a coverage linebacker. In fact, it was only toward the late stages of the 2015 season that it at least appeared that Shazier was making strides in that area, culminating in an interception against the Broncos.

But he also struggled trying to cover tight ends earlier in the season, and at times was fortunate to seemingly catch a player or two on an off day, which was the case in the first game against the Bengals facing Tyler Eifert.

Over the course of the full season, Shazier was typically striving for average when it came to his work in coverage, with only a late-season improvement perhaps reaching that level. Part of this also factors in the missed tackles that he has been responsible for in trying to tackle the catch.

It seems clear at this point that Timmons is no longer the team’s coverage linebacker, and that that task is being moved toward Shazier. We may even see the Steelers utilize more quarters or big nickel defensive looks instead. Shazier’s late-season improvement is not enough to say that he is clearly heading in the right direction due to the small sample size. More must be seen to make any sort of meaningful judgement, because his cumulative performance was not up to the task.