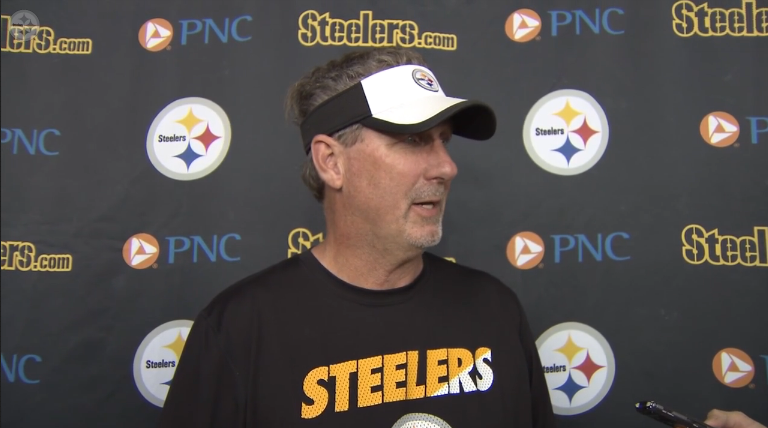 Question: Will the Steelers continue to blitz more under Keith Butler than they did in Dick LeBeau’s final seasons?

While the Steelers front line was known as the Steel Curtain during their dynasty era for dominant defensive play in a four-man front, it wasn’t until the early- to mid-90s that the Bitzburgh era began more than a decade into their conversion to the three-man front, which shifts the burden of quarterback pressure to the outside linebacker position.

The 3-4 front offers more versatility in terms of who you can bring to pressure, and Dick LeBeau became known for bringing a variety of exotic blitzes, particularly in the mid- to late-2000s, when he had the luxury of a roster laden with veterans who have been marinating in his defensive system and were able to execute his schemes without any mental errors in the process.

As the burden has shifted more and more toward younger players with the veterans of the most recent Super Bowl era having been displaced after their defeat at the hands of Father Time, the defense has had less and less luxury in terms of being able to blitz. That is, at least, one part of the equation for the dropping blitzing numbers in LeBeau’s later years.

The Steelers blitzed notably more under Butler last year, and it translated into a massive increase in sacks, going from 33 in 2014 to 48 in 2015, with a very healthy portion of them coming directly from blitzes.

But the team has another focus on defense now that in a way hearkens back to the Steel Curtain days, as Butler and the defensive coaching staff are determined to find a way to get that pressure without blitzing or rushing extra players. They want to ‘get there with four’, as is said.

The Steelers have the interior players to get there, and the exterior players, such as Bud Dupree, are due to develop, while James Harrison remains on the right side.

Equally important, however, is the fact that blitzing, of course, also opens up the team to risk, and the Steelers did yield the third-most passing yardage by volume last season. While there are many mitigating factors, that was not entirely a coincidence. The splash plays help, but when you don’t get the splash plays, you sometimes give up the little ones that accumulate to death by papercuts.