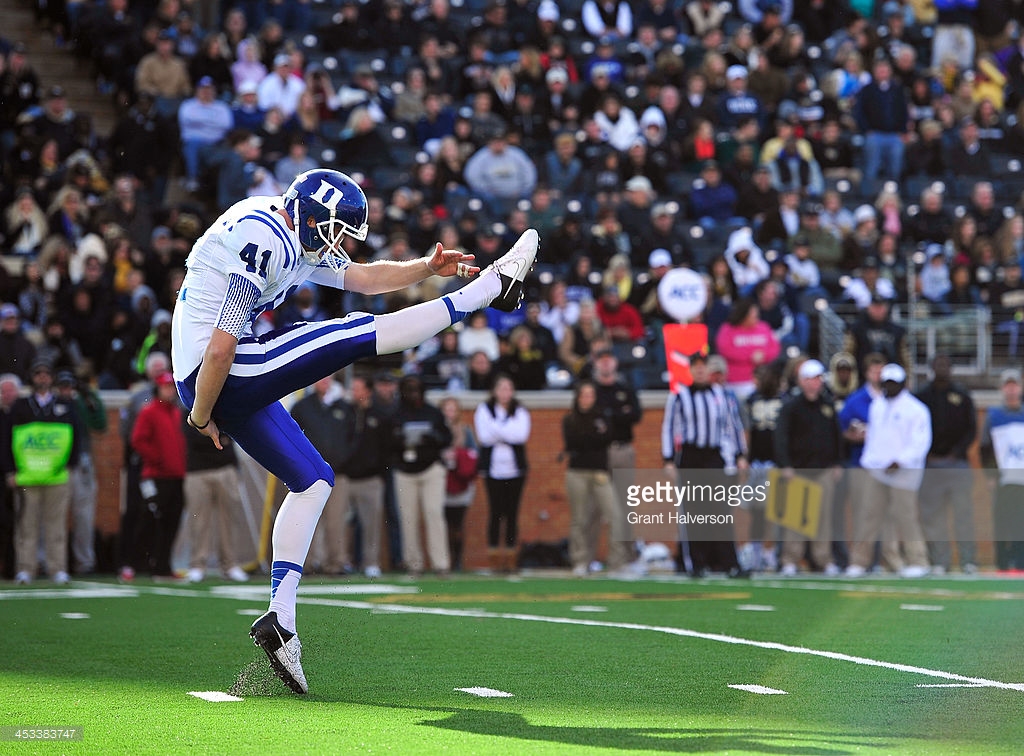 Question: Will undrafted free agent Will Monday be a legitimate competitor for Jordan Berry at punter?

I have documented time and again the Steelers’ carousel of players that they have employed at the punting position ever since Daniel Sepulveda’s final injury, which essentially ended his career. The team has never had a punter for consecutive seasons since the middle of the 2010 season, and many are not convinced that Jordan Berry, an undrafted rookie last year, is the one to break that streak.

Yesterday, the Steelers added another undrafted free agent punter in the former of redshirt senior Duke punter Will Monday. The 23-year-old was rated as one of the better punters coming out of this class, but as we know, the majority of players at any position, let alone specialists, are never able to catch on to a 53-man roster, let alone establish a career.

Last season, Berry posted average to below average numbers with a 42.6-yard gross punting average, while finishing with a net punting average of 39.1. To his credit, he put 28 of 59 punts inside the 20-yard line with just two touchbacks, one of them being an intentional deep shot in a late-game situation. He had 19 punts returned last season for 165 yards.

Of greatest concern is the fact that Berry’s worst performances came late in the season, particularly in the playoffs, and his struggles undoubtedly contributed to the Steelers’ issues in the Divisional round, which they ended up losing.

As for Monday, the 6’4”, 212-pound punter posted a career gross average of 43.5 yards, which is exactly what he posted in his senior season. His best gross punting average came as a redshirt freshman at 44.6. He finished in the top five in terms of yards per punt in each of the past three seasons, and fifth-all time for his career within the ACC.

According to his draft profile, he put about 47 percent of his punts inside the 20, among the best in college football, which is roughly what Berry accomplished. He had a league-high 19 punts of 50+ yards last season. He is also said to have a quick snap-to-punt time and has allowed very little return yardage over the past two seasons.

At some point, the Steelers will have to settle on a punter, but it has to be the right punter. It would be a mistake to settle on Berry and hope for his development if there is not much to develop. Monday’s collegiate statistics are a good start, and frankly, the team’s recent history suggests they won’t have a repeat punter.