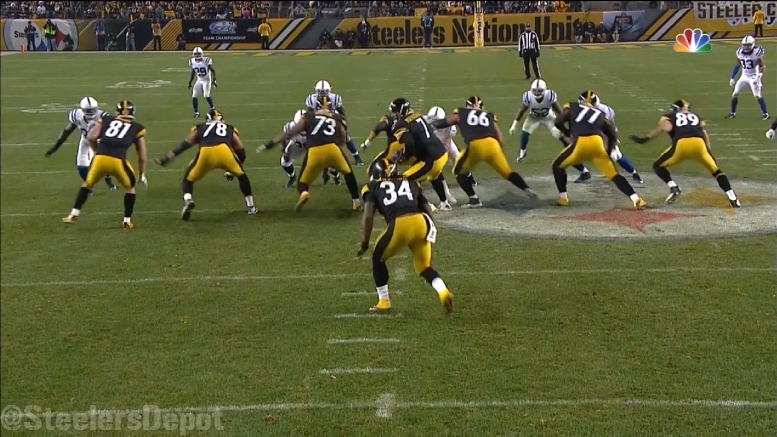 Question: Will the Steelers repeat in their decision to carry four tight ends as they did last season?

Over the course of the past several seasons, starting in about 2007, the Steelers have made it a habit of carrying four tight ends on the roster, but with a caveat: the fourth tight end was generally an h-back whose first responsibility tended to be to serve as an occasional lead blocker from out of the backfield.

The Steelers still, however, kept four tight ends on the roster, including Will Johnson, who played more of a traditional tight end role in the past two seasons, in addition to Nix. And with David Johnson being re-signed to replace Will, there’s a very real possibility that they repeat that formula.

For starters, the absence of a gadget player like Dri Archer, who spent half the year on the 53-man roster, helps free up addition roster space that might otherwise be utilized. But more importantly, while Heath Miller may have already retired, Matt Spaeth is also on his way out, which makes it more likely that they carry an extra player at the position, as they did last year.

Combine that with the fact that Ladarius Green is new to the team and not much of revered blocker, add in the reality that Jesse James is still green, and nudge in with a friendly reminder that the loss of Will Johnson means that they have no secondary option to Nix out of the backfield, and it makes all the more sense that David Johnson might make the roster, and do so as a fourth tight end without the expense of somebody else at the position losing his spot.

For as much as I have heard it, I am not among those who believe that Spaeth’s job is in jeopardy, and certainly not from Johnson. Spaeth is by far the longest-tenured at the position and still performs his assignments at a high level. He’s been integral to the running game. yet Green and James are not going anywhere either.

Neither is Nix. So if Johnson does indeed make the 53-man roster—and I don’t think they would have signed him if he was not in the running at all—then the only alternative would be to carry all of them. There were already discussions about them possibly carrying Xavier Grimble as a fourth. The addition of Johnson shouldn’t make carrying four tight ends a less likely possibility.