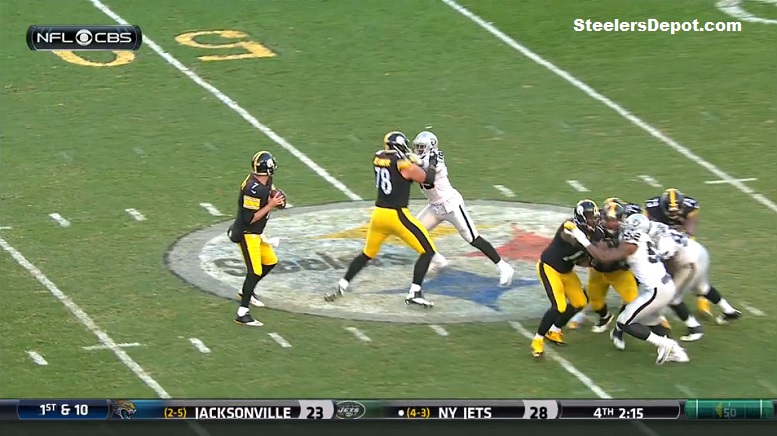 Last week, NFL network analysts Elliot Harrison and Bryant McFadden provided their insight into the 2016 Steelers.  Harrison showcased his post-draft power rankings, placing the Steelers at number 3, ahead of the reigning Super Bowl champion Denver Broncos as well as the New England Patriots and Green Bay Packers to name a few.

“Did the Steelers do enough in the draft to shore up the porous pass defense? Well, they couldn’t do much more, considering the first two picks went toward defensive backs, including Artie Burns at 25th overall. Second-rounder Sean Davis might have a ways to go in terms of becoming a polished pro, but his size and speed are enticing. If these guys contribute in Year 1, and if Pittsburgh stays relatively healthy, what’s to keep Mike Tomlin’s multiple chains out of Houston on Super Bowl Sunday? By the way, seventh-round pick Tyler Matakevich is good at football,” Harrison writes in his NFL.com article.

Obviously initial power rankings, especially ones this early must be taken with a large grain of salt.  But if anything, it shows that those outside of Pittsburgh are taking notice of this team’s progression.  The panel discussed the potential of a younger defensive unit in their sophomore year with defensive coordinator Keith Butler.  And of course, they took aim at the high profile offense, even though they’ll be without wide receiver Martavis Bryant.

Ex-Steeler and current analyst Bryant McFadden weighed in on the discussion on NFL Network’s NFL HQ.

“I think the Steelers, they’re destined to do some great thing.  I understand Martavis Bryant has been suspended, but year two for Keith Butler is going to be a great year for him to make that leap to be a consistent defensive coordinator.  This is a very well coached bunch.  Offensively, you know AB, Antonio Brown, Big Ben, you get Le’Veon Bell.  You still have a quality backup in Deangelo Williams.”

Topping the list of Harrison’s power rankings was the Carolina Panthers.  And that won’t come with any opposition here.  Second came the Arizona Cardinals, who no doubt had one of the more consistent units last year, especially down the stretch.  As far as the AFC North goes, the Bengals were the only other team to make the top ten and they landed at that final spot. You have to scroll down all the way to number 22 to find another division rival, being the Ravens.  And finally, he has the Browns dead last.

I must provide this caveat once again that this is one man’s power rankings, and this comes before any preseason game has been played.  But it’s kind of fun to take a look at, right?

We’ve seen the Steelers fall under the radar in terms of the national spotlight in recent years, but maybe, just maybe 2016 will be the year they are awarded more attention.