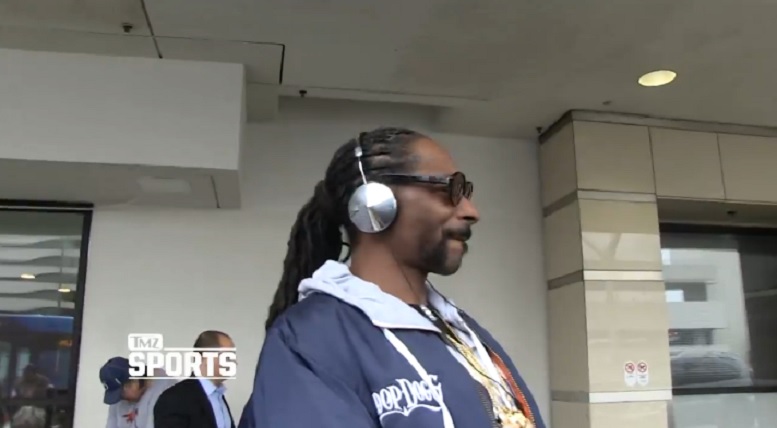 Pittsburgh Steelers running back Le’Veon Bell has had a busy offseason as not only has he been rehabbing his injured knee, he’s also spent time in a recording studio working on his fledgling rap career.

While it’s unlikely to happen in the near future, we could see a collaboration between Bell and rap icon Snoop Dogg at some point after the 2016 season is over. Asked recently by TMZ if Bell could eventually get some time in the studio with him, Snoop Dogg said, “I’ll make it happen. We’ll make sure his leg’s back right (healthy) first.”

Snoop Dogg, as many of should know by now, is a huge fan of the Steelers and he’s always good for a few expletive-filled video rants on his social media accounts during the regular season immediately following games.

In case you missed it, below is Bell’s latest track: