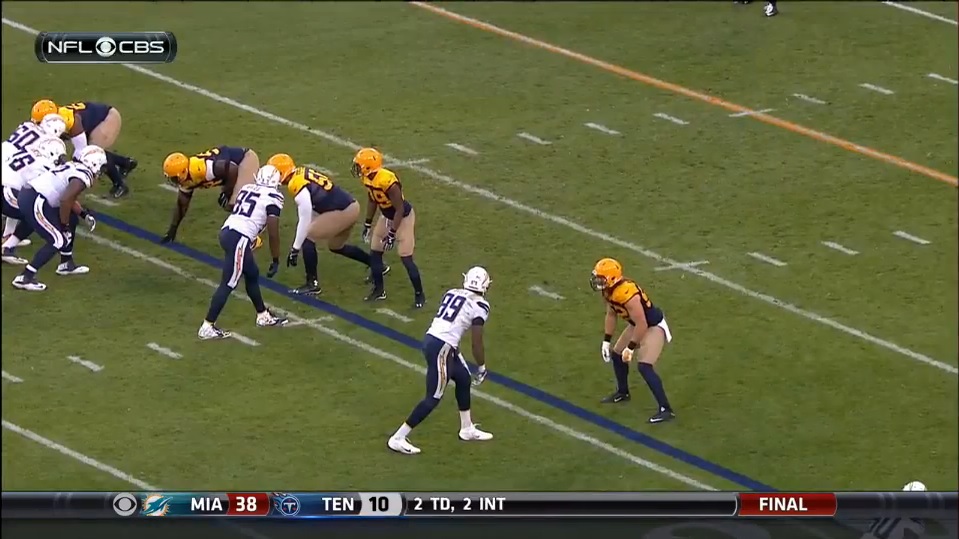 Much has been made over the course of this offseason of the Pittsburgh Steelers’s free agent signing of tight end Ladarius Green, and of the fact that he is not exactly of the prototypical Steelers tight end lineage epitomized by the man he is seeking to replace, the recently retired Heath Miller.

The sales pitch was even made directly to Steelers quarterback Ben Roethlisberger, who was told that he has never seen a tight end with the speed of Green—or more accurately, he has never played with or thrown to one. Green ran a 4.53 40-yard dash at the 2012 NFL Combine.

To bring the point home, I wanted to share an interesting, yet wholly unsurprising statistic courtesy of Pro Football Focus that they dug up yesterday and posted to Twitter. As much as opinions may vary about the quality of their actual grading, their statistical compilation is very useful.  But I digress.

Based on our own charting of the Steelers’ offense last season, Miller lined up as a wide receiver just 119 times during the regular season, having played 924 offensive snaps. That represents a usage rate as a wide receiver of just 12.9 percent.

Of course, it should not be at all surprising to learn that the aging and slowing Miller was not aligned pre-snap clearly declared as a wide receiver with great frequency, but I’m willing to wager that he’s never posted a percentage much higher than, say, 20 percent in his career before.

I have no doubt that the way that the Steelers choose to use Green will vary from the way that San Diego used Green and Gates, which, statistically, was clearly different from the rest of the league, given that their top two tight ends finished first and second in this respect.

Even if the Steelers significantly reduce Green’s usage as a clear wide receiver in 2016, however, it will still represent a significant departure from the manner in which Steelers tight ends have been utilized in the past. You need only look at their previous tight ends’ 40 times to understand why—if you can even find 40 times for them.

Pittsburgh’s offense has plenty of incentive indeed to utilize Green’s 6’6”, 250-pound frame in a wide receiver context, because his vertical ability at that size will be necessary to help fill the void left in the wake of the suspension of wide receiver Martavis Bryant, which is a topic that I covered on the day that Green was signed.

I did find it interesting, however, to have his usage put into such stark context as Pro Football Focus’s statistics demonstrate. It is really unlike anything that has come to Pittsburgh before, and it will be quite the spectacle to see that sort of talent put to use with Roethlisberger and Todd Haley’s play-calling.