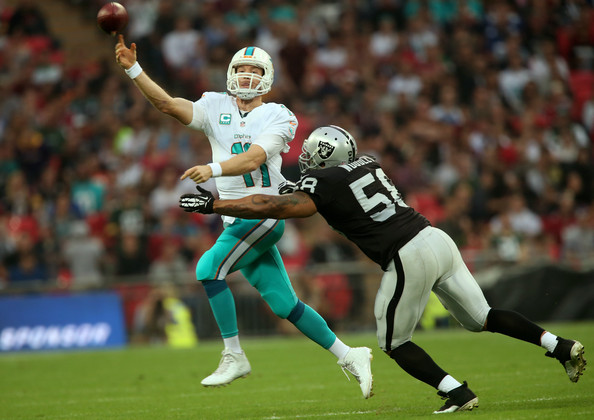 When the Pittsburgh Steelers selected Michigan defensive end LaMarr Woodley in the second round of the 2007 NFL Draft, he had the good fortune of coming to a team that had on its staff a Hall of Fame-worthy defensive coordinator—who would later be recognized as a Hall of Fame player to boot—as he was tasked with transitioning from having his hand in the dirt to standing up as an outside linebacker in a 3-4 defense.

When the Steelers released him as his salary cap—and soft tissue injuries—began to mount, he found himself in unfamiliar territory, the free agent market, looking for a new defense in which to play. Since 2013, he has bounced around between three teams, including Pittsburgh, and currently remains a free agent after stints with the Raiders in 2014 and the Cardinals in 2015.

If you ask him who is to blame for his inability to recapture his previous success that he had with the Steelers, the answer would lie somewhere other than himself, evidently, as he elucidated on his podcast recently.

In fact, he had some strong words directed toward his two previous defensive coordinators—namely Jason Tarver with the Raiders and James Bettcher with the Cardinals, referring to them as “dumb” because of the way that they utilized his skill set.

“In Oakland, we had a dumb defensive coordinator and in Arizona, we had a dumb defensive coordinator”, Woodley said. “It was just two dumb guys. They thought we were like Madden players. They’d draw something up and on paper it looked good, but the players still have to go out there and run it. Those guys didn’t really listen to their players. They wanted to do it their way and their way only”.

That might sound somewhat familiar if you recall his later years with the Steelers. Earlier in his career, when success had been coming more easily, and more regularly, he was about as gregarious an interview as you would find, but his attitude began to turn sour around the same time as his health and performance.

He had some pointed remarks when asked once about his lack of sacks, essentially faulting Dick LeBeau because of the amount of times that he was dropped into coverage. Later, in his final year, he has some strong comments in response to questions regarding remarks made by an unnamed player about his work ethic and fitness level.

If you are reading this and are not a Steelers fan, then I would not blame you if you had not really been familiar with the name LaMarr Woodley. After all, he has not managed to do much over the course of the past two seasons, compiling 15 tackles and one sack in 16 games played.

He was limited to 16 games, of course, because he has ended the past two seasons on injured reserve, where he ended in his final season in Pittsburgh. He has not played a 16-game season since 2010, missing five in 2013, three in 2012, and six in 2011. If only he had been used correctly, perhaps his body would allow him to stay on the field