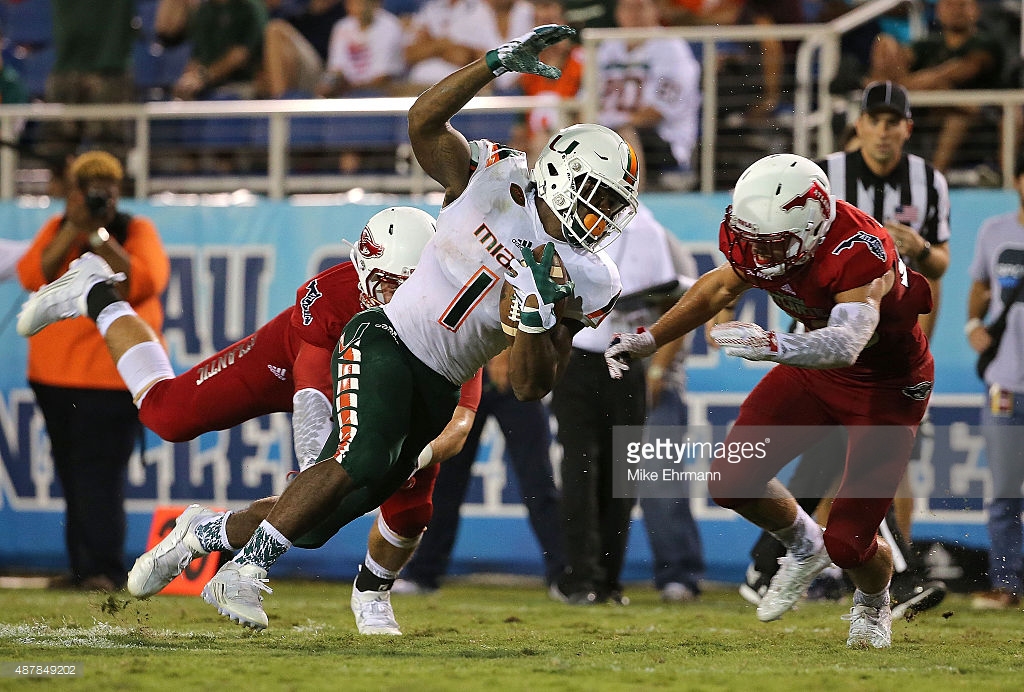 When the Pittsburgh Steelers drafted Artie Burns in the first round, they were getting a lot more than just a cornerback, and that was something that they were well aware of after they had the opportunity to get intimately acquainted with him during his Pro Day, and during dinner the night before.

The Steelers are getting a lot more than a cornerback because Burns, only recently having turned 21, has no choice but to be much more than that. In fact, that helps explain in large part why he elected to forego his senior season and declare for the 2016 NFL Draft.

As you are likely aware by now, his father, Artie Sr., has been incarcerated for half of his eldest son’s life, and will likely continue to remain in prison for the next decade or so. Burns’ mother, Dana, passed away in October, the untimely death brought on by a heart attack.

It’s not that he doesn’t have his parents to turn to. He actually has a support group around him, including John and Barbara Cason, his maternal grandparents. But he now bears the brunt of the responsibility not just for himself, and his two younger siblings, Thomas and Jordan, but also a child of his own, a one-year old son, AJ.

Eventually, all of them will be with Artie in Pittsburgh, who spent the days after being selected in the first round of the draft purchasing an SUV to transport his extended family around and looking for a house in the Pittsburgh area.

His siblings will complete their school year in Florida, and then will join their older brother in Pennsylvania. Thomas, the older of the two at 16, is already beginning to turn heads athletically as a dual athlete on both the football and the track fields. He also plays cornerback.

It goes without saying that Artie Burns has a lot more on his plate than the usual first-round draft pick. His immediate search for a residence is not a matter of convenience, but rather necessity as he prepares for a life as primary caretaker of two teenage siblings and a toddler, along with his girlfriend and mother of his child, Ella.

Dana was a very hands-on mother, who never missed an event for her three sons. Currently, the Burns’ family members are stepping up to help fill that void, shuttling Thomas and Jordan to and from school and their myriad sporting activities as Artie gets the next phase of his life underway in new environs.

But once they are in the Pittsburgh area, it will be the older brother upon whom the bulk of the responsibility falls as he efforts to continue the family environment that Dana, working as a single mother, was able to provide, and which was such an integral part of their lives.

Whatever expectations might come with being drafted in the first round of the NFL Draft, Artie Burns has much loftier expectations to live up to in his life off the field: the example set forth by his mother. And so far it seems as though he is giving her plenty to be proud of.