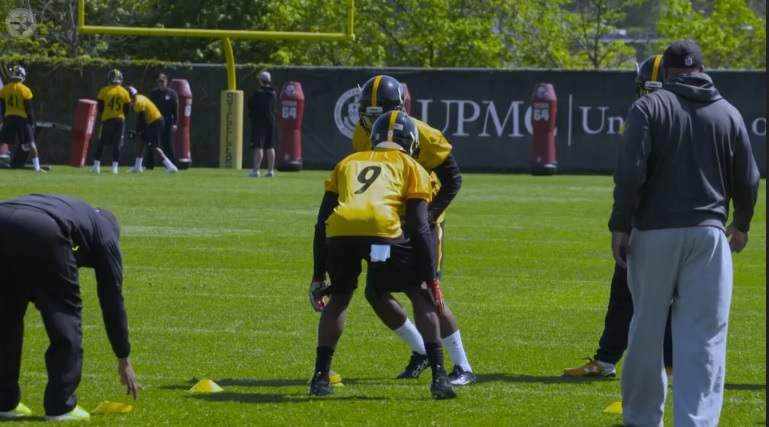 When it comes to Donald Washington, one of the newest members of the Pittsburgh Steelers, there are any number of things that I could forgive you for not knowing. For one, I could forgive you if you had never even heard of him before the Steelers offered him a rookie minicamp tryout.

I could also forgive you if you had assumed that he was an undrafted rookie or first-year player, given that he was being brought in for a workout in the hopes of making the 90-man roster during the team’s rookie minicamp. Indeed, that is what you might assume that the name applies.

But as a matter of fact, any unsigned player can technically be offered a tryout during a team’s rookie minicamp, and that was the case for Washington, who has three previous seasons of accrued NFL experience after originally being drafted by the Chiefs in the fourth round in 2009, for whom he played from that point until the expiration of his rookie contract at the end of the 2011 season. Actually, he was retained as a restricted free agent in 2012, but did not make the team out of training camp.

The 6’1” cornerback out of Ohio State with a 45” vertical at the Combine saw his college draft stock suffer when, after starting 13 games his junior year, he violated the team rules and served a two-game suspension to start his junior year, spending most of the rest of the season as a backup, which prompted him to come out early as an underclassmen, resulting in him being drafted in the fourth round.

Still, that did not ever translate to great success on the field. In 32 career games, he is listed as having started five, registering 52 tackles, forcing one fumble, and recording one pass defensed. He failed to catch on with a team for the 2012 season and was out of football until 2014 when he found a home in the CFL. Last season, he recorded 20 tackles and a sack in five games with the Hamilton Tiger-Cats before getting injured.

Washington is hoping to make one last run at catching on with an NFL team, and the first step on that journey was accomplished when he convinced the Steelers to take away a roster spot from one of the 90 men already on their offseason roster in order to give it to him, believing that he was perhaps better capable of making it to the 53.

And, to be clear, he would indeed have to make it to the 53, because, having three years of accrued experience, he will have lost his eligibility for the practice squad. So unless he manages to make a 53-man roster he may have to return north if he wishes to continue to play football.

Of course, Washington is to be considered quite a longshot. Shawn Lemon was a far more productive player coming from the CFL last year than was Washington, and the former never even participated in training camp. But he has size, decent speed, and verticality, all of which are desired traits in a cornerback you are taking a chance on.