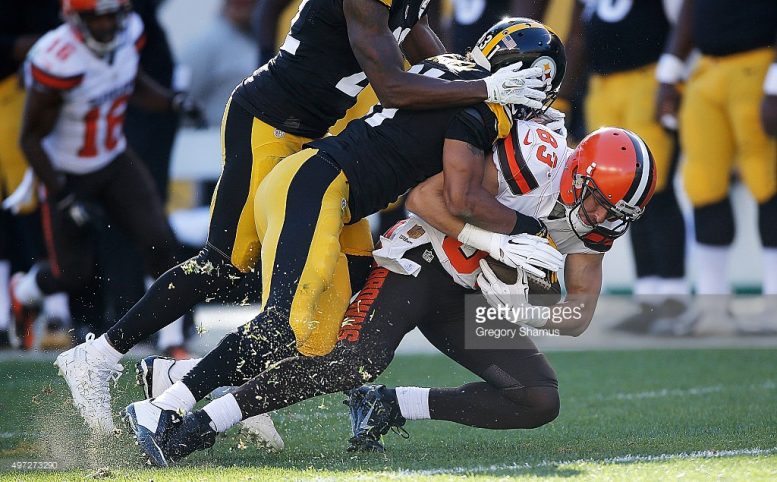 After selecting four wide receivers during the 2016 NFL Draft, the Cleveland Browns have finally decided to part ways with one of their veterans who plays the position.

Released on Monday by the Browns was wide receiver Brian Hartline, who was scheduled to earn $3 million in 2016. Hartline, who will turn 30 later this year, appeared in 12 games with four starts and totaled 46 receptions for 523 yards with two touchdowns with the Browns in 2015.

During the draft, the Browns selected four wide receivers, one of which was their 15th-overall selection Corey Coleman. They also drafted Ricardo Louis, Jordan Payton and Rashard Higgins. They also still have wide receivers Andrew Hawkins and Taylor Gabriel both under contract and the two combined to catch 55 passes for 517 yards in 2015.

New Browns head coach Hue Jackson certainly has his hands full when it comes to the task of turning the Cleveland organization around and it’s obvious he’s willing to attempt to do just that by using younger players.

As for Hartline, he shouldn’t be unemployed very long and it would not surprise me to see him land with a team in the AFC East. Hartline was originally drafted by the Miami Dolphins in the fourth round of the 2009 NFL Draft out of Ohio State.