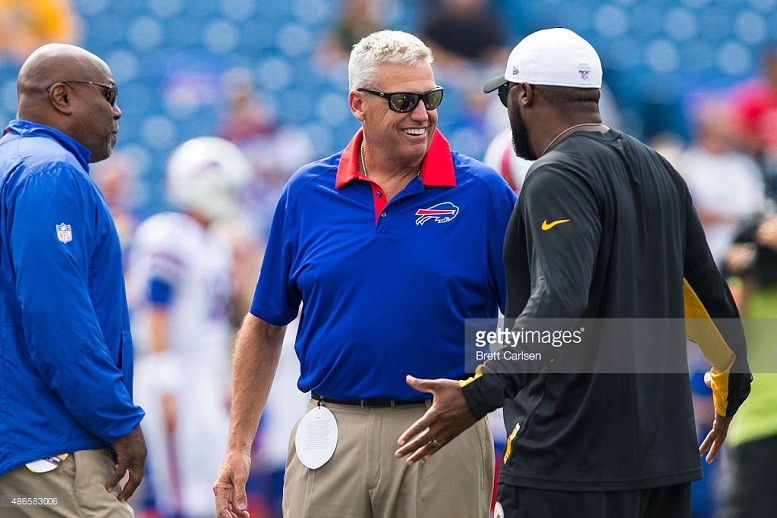 Buffalo Bills head coach Rex Ryan has never been one to hold his tongue and when recently asked to talk about why running back Dri Archer was placed on the team’s reserve/did not report list after being claimed off waivers from the New York Jets, he gave as straight-forward of a response you will ever likely come across.

“I never even talked to the kid, so we’ll see what happens,” Ryan said, according to Don Banks of Sports Illustrated. “He won’t return a call. Is it him not wanting to be a Bill, or is it something else? I don’t know, but I guess there’s a reason Pittsburgh let him go [last November]. But when you find something out, let us know, because I’ve never even talked to him.”

Archer, who was waived by the Pittsburgh Steelers late last season so that the team could claim veteran kick returner Jacoby Jones, signed a futures contract with the Jets back in February. The Jets, however, waived the Steelers former third-round draft pick out of Kent State earlier this month and the Bills subsequently put in a waiver claim for him.

Archer is effectively flushing any chance of making a team’s 53-man roster once again right down the toilet and at this point you have to wonder if he has lost his will to play in the NFL. He played in 20 games over the course of two seasons for the Steelers, returned 23 kickoffs, rushed 10 times, and caught seven passes.