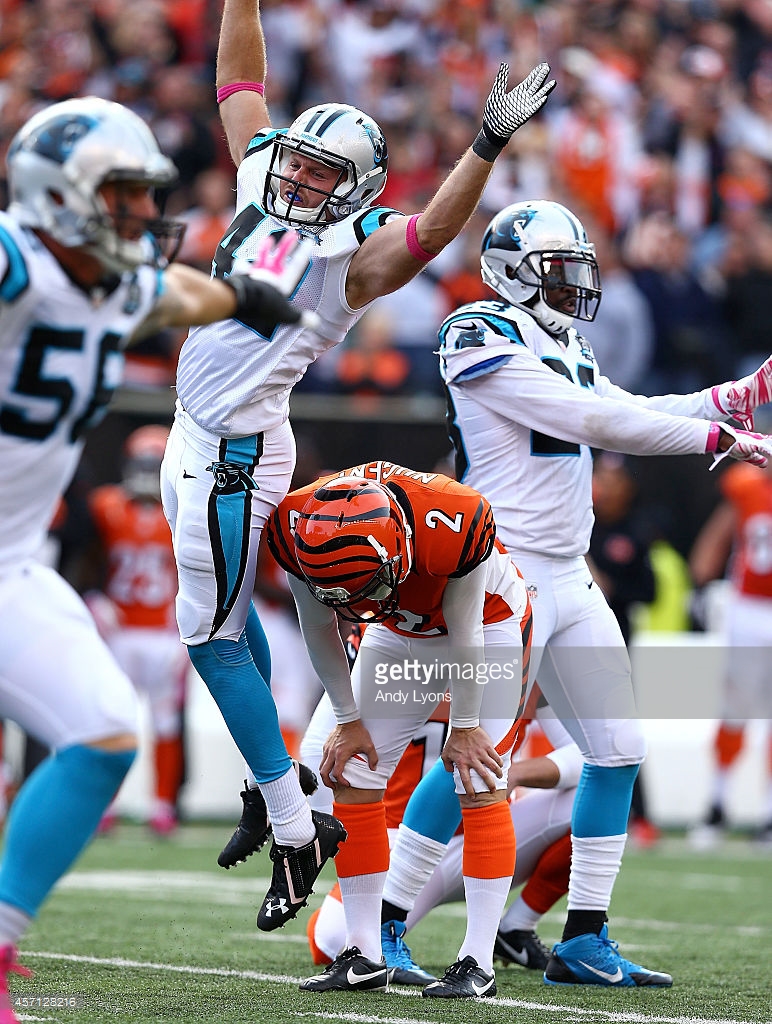 If Cincinnati Bengals veteran kicker Mike Nugent is going to lose his position this offseason, then it appears that his expense might come at the hands of a college soccer-to-football transfer who has never recorded a single kick of any form or fashion on his collegiate resume.

Recently, the Bengals brought in Louisville kicker Jonathan Brown as a tryout player after being impressed with his Pro Day performance. This was in spite of the fact that he has only been kicking for the past two seasons, and has served as the Cardinals’ backup kicker. The only possible tape that exists of his efforts is on practice tape.

Bengals director of player personnel Duke Tobin described him as “an explosive kid being a soccer player”, but added “whether he’s a kicker or not is to be determined”. He does like the traits that he has seen in Brown, calling him “strong-legged” and saying that they will give him a look “to see if he can develop some kind of consistency”.

In spite of the fact that he has never attempted a kick in the game—much unlike recent second-round draft pick Roberto Aguayo, who if I’m not mistaken was the highest-drafted kicker since Sebastian Janikowski this past draft—it doesn’t hurt to give him a look, for one reason in particular.

“If you think you see a trait that is above average, strong, rare, whatever”, Tobin said”, “that’s what you’re looking for when you’re looking for guys to try out”. And Brown is a player who had put 70-yard attempts through the uprights on tape before in practices.

Special teams coordinator Darrin Simmons said of the Bengals’ newest kicker, “he doesn’t know what he doesn’t know”. The question he has for Brown is, though, to determine “how far the gap is between ready to play versus a project”, and whether or not that “project part” is “worthwhile” or “meaningful”.

He added, however, that “there is a little bit of something there. That’s why he’s still here. He’s coachable”.

It’s an interesting story, and it is not as though there is no history of such transformations taking place. A number of former basketball players have made the conversion from the court to the gridiron. There is also a long tradition of soccer players becoming kickers, even if the position has become much more refined and specialized since the soccer influence began to change the position.

Brown isn’t the only other kicker on the 90-man roster putting pressure on the 34-year-old Nugent, however. The Bengals have also signed former seventh-round draft pick Zach Hocker, who spent a total of eight games rostered last season on two teams. He went 10 for 14 on field goal attempts and 12 for 13 on extra point attempts, with one blocked kick. Nine of his 12 kickoffs went for touchbacks.

As for Nugent, he made 23 of 28 attempts last year, with one block, and went 48 for 49 on extra point attempts, one blocked, registering 42 touchbacks on 89 kickoffs. He is a career 81 percent average kicker, which his best seasons coming in 2006 and 2011, the only times he posted a mark above 85 percent for a full season, and both were below 90 percent.