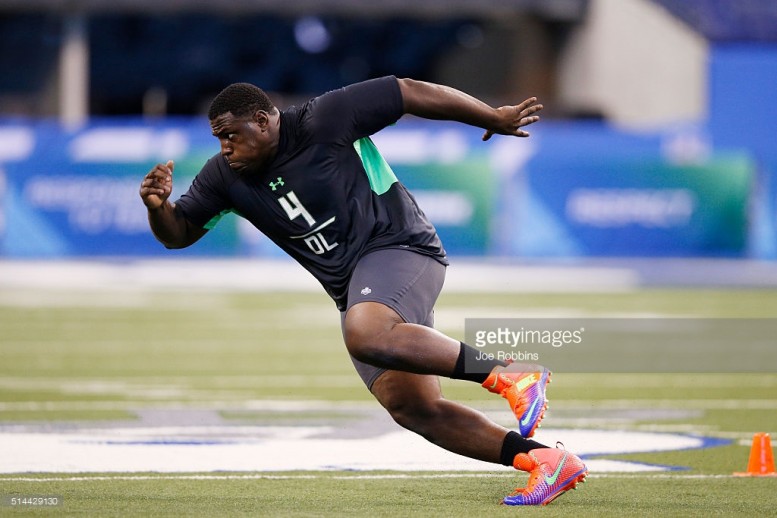 Much to the chagrin of many who follow the Pittsburgh Steelers—perhaps especially those who follow our work at Steelers Depot—their division rivals, the Cincinnati Bengals, were the team that ended up selecting defensive tackle Andrew Billings, one round after the Steelers selected Javon Hargrave in the third round, and one pick before they were set to select again in the fourth.

Of course, it would figure to have been highly unlikely that Pittsburgh would have gone on to draft Billings in the fourth round after selecting Hargrave in the first round—not that I would have been opposed to it. But it doesn’t sit well with many people when a rival team lands a player that a certain segment of the fan base had coveted.

Far more surprising than his ultimate destination, however, was the position in which he finally came off the board during the draft. Many anticipated that he would be taken by the Steelers with the 25th overall pick, if he were still even on the board. Many held out hope that he would still be there for Pittsburgh at the 58th overall pick in the second round. But it wasn’t until the 122nd overall selection that he finally heard his name called.

And that is certainly something that the Baylor product was well aware of, understanding that there was a significant discrepancy between where he was anticipated by the media and outside scouts to go versus where he ultimately went when the actual draft had played itself out, spiting all mock drafts.

As Coley Harvey wrote for ESPN, in the wake of two days of not hearing his name called, “by then, Billings had started to develop a payback mentality. In his eyes, each of the teams that passed on him were going to rue the weekend they let him get away”.

That may hold especially true for the Steelers, the team to whom he was most widely mocked; the team for whom they sent a virtual cavalcade of representatives, including Hall of Fame defensive tackle Joe Greene to his Pro Day; the team who drafted Hargave instead of him a round earlier; the team whom he will face twice a year for the foreseeable future.

“It’s actually a good thing for me”, in an ominous statement that is rarely a good thing for those to whom it is referencing when spoken by an individual who believes he has been slighted. “This is something I’m going to carry with me my whole life”, he said, describing the chip on his shoulder by saying “I can’t even describe how huge it is”.

His anger might as well be equally directed toward simply the direction that the game of football has been headed for decades now, in an age wherein the vertical passing game is paramount, and the era of run-stuffing defensive tackles has largely gone by the wayside. It is the reason that players such as himself might be drafted in the fourth round in 2016 when they would have been had in the first round in 2001.