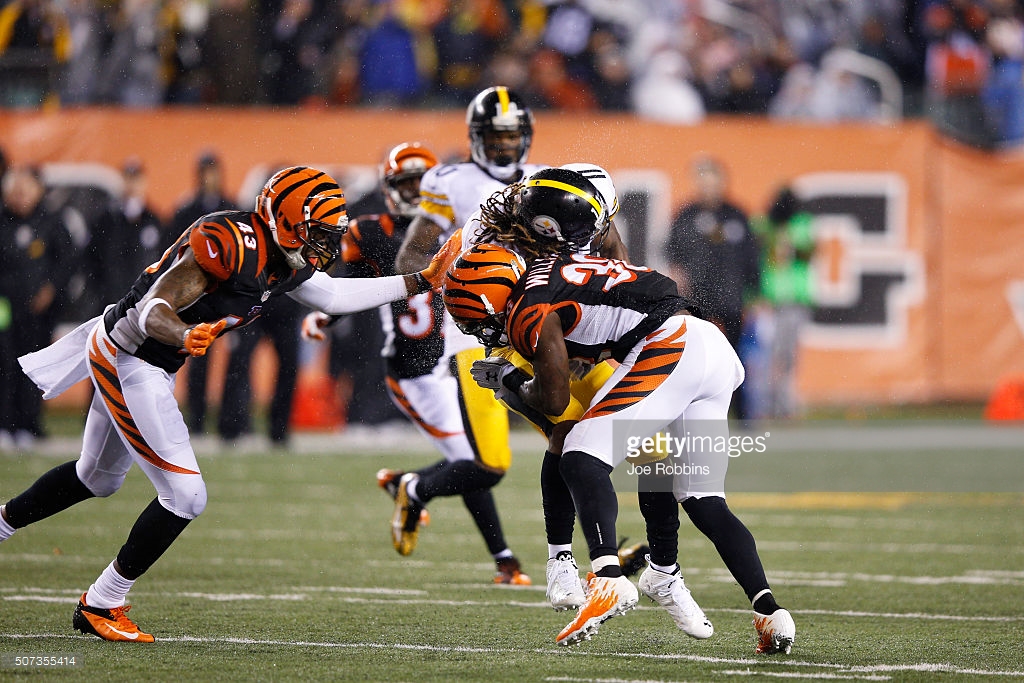 I wrote just recently, a short couple of days ago, about the Cincinnati Bengals and their safety tandem, now that veteran Reggie Nelson left in free agency and signed with the Raiders. Fifth-year safety George Iloka also hit free agency this year, but was retained on a five-year, $30 million contract.

I wrote that the Bengals are counting on fourth-year safety Shawn Williams to step up and play next to Iloka, for whom he filled in while Iloka sat out four games. Williams intercepted two passes last season in a bit over 500 snaps of playing time, one of them, I believe, coming against Ben Roethlisberger and the Pittsburgh Steelers.

Cincinnati just announced yesterday that they have signed Williams, a former third-round draft pick, to a four-year extension that is believed to be worth $20 million in new money, which would put him under contract for the next five seasons, through the 2020 season.

Iloka and Williams are now both locked together for the next five years with their new deals, and the Bengals are showing confidence in Williams as the guy who can step in and be the next starter for their secondary. While $5 million per season in new money is not exorbitant—with the same per-year rate the Steelers are paying Mike Mitchell, actually—however, that is a good sum for a player who has never been a full-time starter before.

It might even be in the ballpark for what some might have believed that Steelers safety Robert Golden could have commanded, although the fact that he ended up signing an extension with Pittsburgh early, just before the opening of free agency, would suggest that his market value was obviously set below that. He did have his services retained on a three-year, roughly $5 million deal.

That was considered a bargain, but then again Golden is not viewed as a long-term starter, especially not after the Steelers drafted Sean Davis. Had they, or another team, viewed him as a potential long-term starter, in the vein of say Mitchell when he hit the open market a couple years ago, he may have commanded something in the range that Williams now has.

While the Bengals are historically a stingy franchise, that has changed in recent years, as has their on-field success, with a string of playoff berths in the past half-decade. So it was a difficult decision to allow Nelson leave in free agency.

But the upside of Williams had a lot to do with that decision, and the fact that they worked out a long-term extension with him this offseason is a strong confirmation of that fact. An article on the team’s website even points to that earlier mentioned interception of Roethlisberger as a key moment in both the team’s season and in his recognition.

Both head coach Marvin Lewis and defensive coordinator Paul Guenther referred to Williams in adjectives such as “bright”, “physical”, “tough”, and “ascending”. The Bengals believe he can do a lot of things, and they put their money where their mouth is.