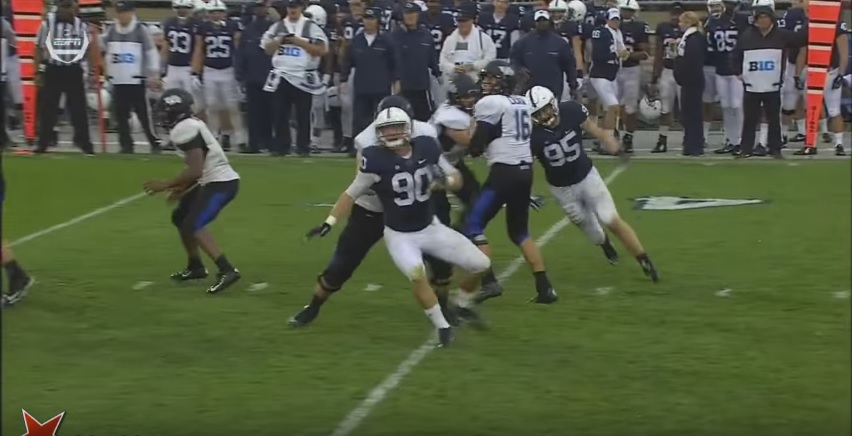 Thanks to a high number of picks on day three of the 2016 NFL Draft, the Cleveland Browns had a productive day selecting the foundation of their roster under new head coach Hue Jackson.

Cleveland made an astounding nine picks on day three, kicking things off at No. 99 overall with Wisconsin linebacker Joe Schobert.

Schobert joins Emmanuel Ogbah and Carl Nassib as front seven additions to Cleveland through the draft. The Wisconsin product is an interesting player considering he can rush the passer as a 3-4 OLB, but can also slide inside to fill a need for the Browns.

Following up the pick of Schobert, Cleveland then selected Auburn wide receiver Ricardo Louis with the 114th overall pick, which was acquired from the Oakland Raiders in a trade that allowed Oakland to move up to No. 100 for Connor Cook.

Louis is a guy who took over as the No. 1 receiver for the Tigers last season and shows explosive abilities after the catch, but he has suspect hands and could move to cornerback in the NFL with solid length, reach and feet.

With the 129th overall pick, Cleveland picked one of my favorite defensive players in college over the last three years in Texas Christian safety Derrick Kindred, he played the majority of the year with a broken collarbone and is a terrific leader.

This pick fits what the Browns need on defense as Kindred is a hammer from the safety position and could really become a stalwart for the defense moving forward.

After Kindred, the Browns seemingly confused everyone by taking Princeton wide receiver Seth DeValve, who should make the move to tight end in the NFL.

I haven’t heard anything about his guy, so the Browns really stumped me.

Keeping the trend of taking receivers on day three, the Browns followed up the DeValve pick by selecting UCLA wide receiver Jordan Payton.

Payton is an exceptional route runner that is a serious red zone threat. He’s certainly not a burner, but he’s a guy that will be a solid security blanket for whomever takes over under center for the Browns.

Looking to protect whoever is the next Cleveland QB, the Browns then selected Baylor offensive tackle Spencer Drango, who is a mauler in the running game but could struggle in the NFL as a pass protector.

The 6-feet-6, 315-pound lineman appears to be more of a fit on the inside of the line, but could succeed at right tackle in the future.

Higgins is an absolute steal for Cleveland at No. 172 overall. He’s arguably the best route-runner in this draft class and should see the field right away as a rookie.

Caldwell is another guy I don’t know too much about, but he certainly addressed the defensive back depth chart where the Browns need help.

Wright seems like a wasted pick at this point considering he’s a Tank Carder clone.

Overall, the Browns had a productive day three addressing serious needs for the franchise moving forward.