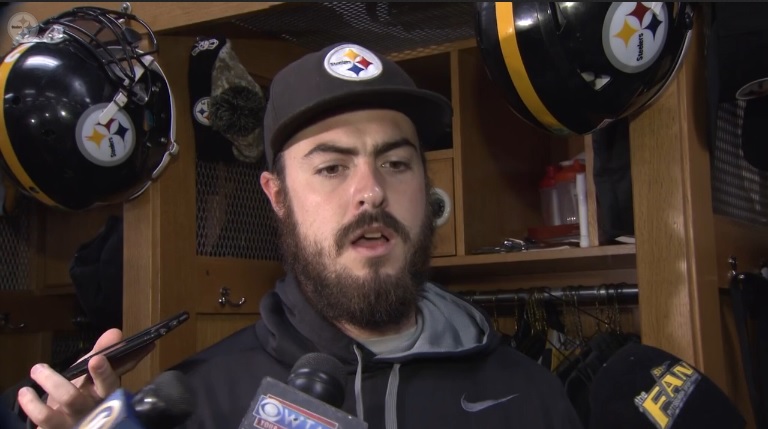 Had I written this article yesterday, Landry Jones’ stock value would have undoubtedly been on the rise. The Steelers are anticipated to be in the market to draft a quarterback during the 2016 NFL Draft, considering that they only had two viable quarterbacks currently on the roster, including himself, and of course Ben Roethlisberger.

They failed to do so, turning down every opportunity to draft a quarterback that became available to them, and then when perhaps they might have in the fifth or sixth rounds, they found themselves without any selections. All that they could muster was a couple of rookie mini-camp workout invites.

But reportedly the Steelers will be re-signing veteran backup Bruce Gradkowski today, if he has not been already by the time this article is published (he has not been signed as of this writing).

This signing has some important implications, the most significant being that they believe that he is healthy, which had been a concern for him throughout his third and final season on the roster. He was already experiencing shoulder weakness in the offseason, which led to him beginning training camp on the Physically Unable to Perform List.

He did not see much preseason action before he injured his thumb and re-aggravated his shoulder due to a bad snap that he had to fall on. He had to have both his shoulder and his thumb operated upon, and he spent the entire year on injured reserve.

The Steelers signed Mike Vick as his replacement, and when he failed, and got injured, it opened the door for Jones, who managed to throw two touchdowns in his first NFL appearance, leading a Pittsburgh fourth-quarter comeback against the Cardinals, a quality team.

Much of the optimism and good feelings around that showing diminished the following weak during his struggles in his first NFL start against the Chiefs, but he had another solid relief appearance against the Raiders, helping lead the offense to a game-winning field goal drive.

The rest of his appearances were nothing to write home about, at least not in a positive way. His interception in the Wildcard game would have cost the Steelers the game had the Bengals not quickly fumbled despite holding a lead.

Jones is entering the final season of his rookie contract, but now instead of entering the year as the obvious backup to Roethlisberger, he is going to have to compete with Gradkowski to do so, and if he still can’t lock down a backup role by the end of his rookie contract, then that will have a major impact on his free agent value next offseason.