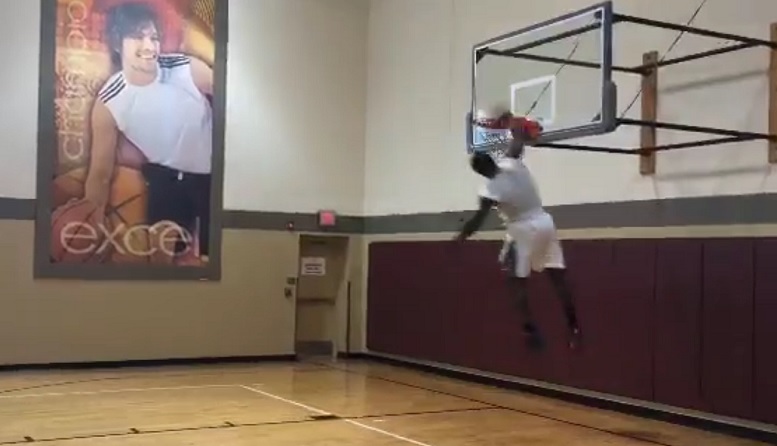 Judging by a video that he posted Monday morning on his Twitter account, the surgically repaired knee of Pittsburgh Steelers running back Le’Veon Bell appears to be coming along quite while.

Bell, as you can see in the video, is back dunking basketballs once again even though he is just a week shy of being six full months removed from his original injury date.

The Steelers former second-round draft pick needed surgery last November on his right knee to reportedly repair the ligaments that he tore when he was tackled near the sideline by Cincinnati Bengals linebacker Vontaze Burfict during the Week 8 game between the two AFC North rival teams.

While Bell certainly appears to be right on course with his rehab, it’s very unlikely that he’ll be allowed to participate in the team’s OTA and minicamp practices this summer. The hope is that he’ll be ready for the starting of training camp but with that said, it won’t be surprising should he ultimately be placed on the team’s Active PUP list when the team arrives at Latrobe in late July.

Steelers general manager Kevin Colbert stated several weeks ago that Bell will not be rushed back from his latest injury as there is no need to do that. Bell, by the way, has conducted most of his rehab this offseason at Bommarito Performance Systems in Miami, Florida. The Michigan State product is now in the final year of his rookie contract so there’s a possibility he’ll receive a lucrative extension prior to the start of the 2016 regular season.