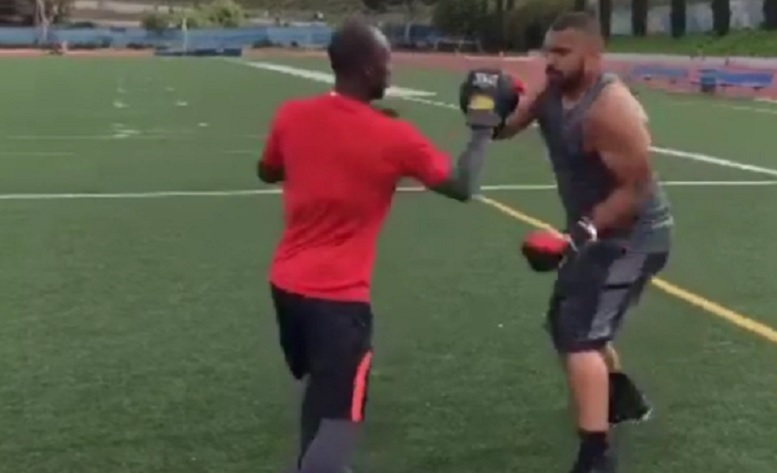 With the start of the Pittsburgh Steelers offseason program now right around the corner, several players are getting themselves ready for it by doing their own training outside of the team’s facility and that includes defensive end Cameron Heyward.

On Monday, Heyward posted on a video on his Instagam account that features him working on improving his speed with Nabie Fofanah and we believe the two are out in California. Fofanah, a two-time Olympic Sprinter, is affectionately known as the Speed Doctor and is considered to be one of the leading personal trainers in the world for speed training, vertical jump training, 40-yard dash training and the creator of various revolutionary sport performance programs.

As you can see in the video, Heyward’s training includes him using his hands quite a bit during sparring sessions.

Heyward is poised for another great season in 2016 after registering 54 total tackles and 7 sacks during the 2015 regular season. The hope is that Heyward’s production will increase even more this year while possibly playing a few less snaps. The Steelers former first-round draft pick out of Ohio State signed a five-year contract extension with the team last July.