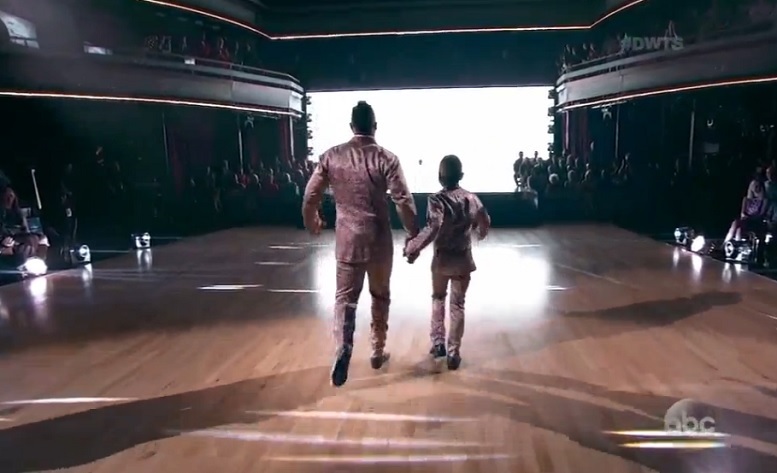 Pittsburgh Steelers wide receiver Antonio Brown has survived another week on Dancing with the Stars and his Monday night performance included a cameo by his son, Antonio Brown Jr. at the end of it.

Brown, who appears to be getting less stiff by the week, danced the foxtrot Monday with partner Sharna Burgess to Lukas Graham’s “7 Years” and the pair received a score of 20 out of 30 from the three judges for their efforts. That score, however, was tied for second to last Monday night.

As long as Steelers fans continue to vote heavily for Brown, the wide receiver should be able to survive at least a few more weeks on the popular dance show. However, it’s obvious that he will need to tighten up his routines some if he hopes to bring home the coveted Mirrorball Trophy this season.

You can watch the video of Brown’s Monday night foxtrot below.