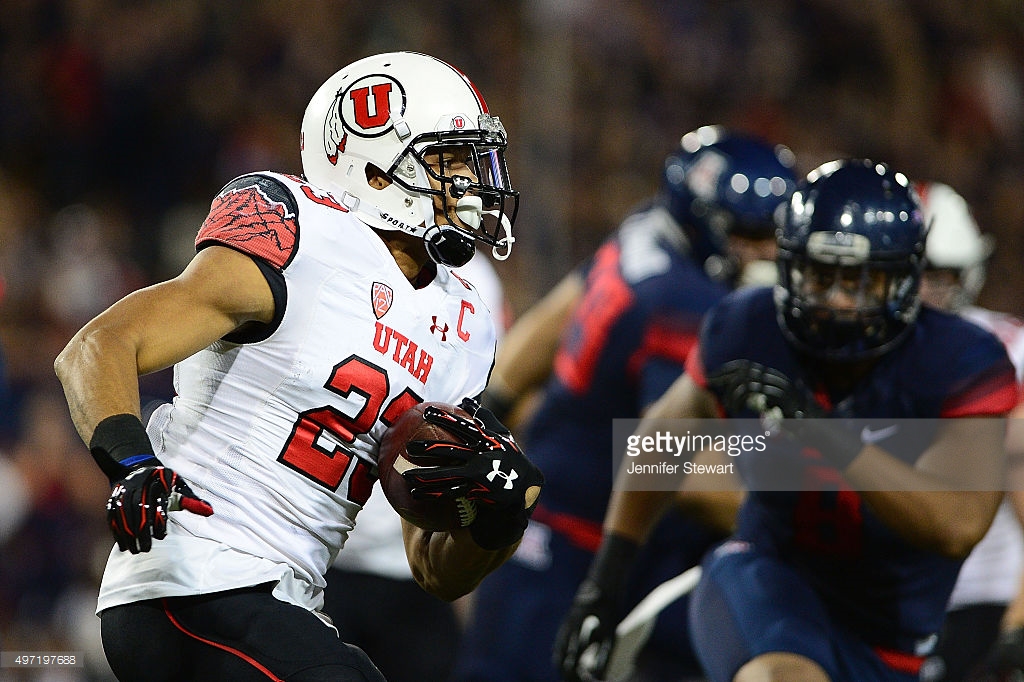 The Pittsburgh Steelers are wrapping up their allotted pre-draft visits on Tuesday as it was announced a short time ago that three more players are in town talking to members of the organization.

According to Bob Labriola of steelers.com, Texas A&M cornerback Brandon Williams, Michigan safety Jarrod Wilson and Utah running back Devontae Booker are being hosted by the team on Tuesday.

Williams, who we already covered earlier in the day, moved from running back to cornerback this past season at Texas A&M.

As for Wilson, who reportedly measured in at his pro day at 6012, 209-pounds, he recorded 61 total tackles last season at Michigan in addition to two interceptions. If he winds up hearing his name called during the draft, it’s likely to happen in the later rounds and there’s a good chance that he could ultimately go undrafted.

As for Booker, who registered 2,773 yards rushing on 560 carries during his college career, he’s expected to be drafted in the first three rounds of the upcoming draft. Already 23 years of age, Booker measures in at 5106, 219-pounds and he started 19 games over the course of the last two seasons. He was forced to sit out the 2013 season due to academic issues after playing his first two years of college football in Sacramento, California at American River College.

According to our count, the Steelers have now brought in 30 out-of-the-area draft prospects for visits. It was reported a few days ago that Virginia Tech cornerback Kendall Fuller might be brought in for a visit pending a schedule adjustment, but it now appears as though that won’t come to fruition.