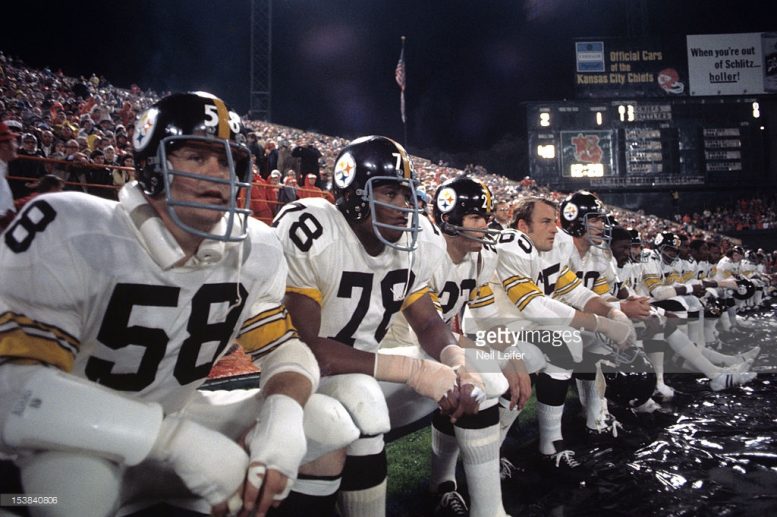 The Pittsburgh Steelers lone Thursday night game during the 2016 NFL season will take place on the road on Thanksgiving against the Indianapolis Colts and that contest will feature both teams wearing their “color rush” uniforms. If you wondering what the Steelers monochromatic uniform will look like for that game, you might have to wait a while as the Colts must first decide what color they’ll wear.

“It’ll be Indianapolis’ call in terms of what uniform they wear, and so I haven’t heard yet from them what their color rush uniform is,” Steelers team president Art Rooney II told Bob Labriola of steelers.com. “We’ll have to wait and see on that one what color we’ll be wearing.”

With all of that said, the Steelers “color rush” uniforms will reportedly be either all-black or all-white depending on what the Colts choose.

“We had our options,” said Rooney. “We had some presentations from Nike in terms of what the options were, and we decided our color-option was going to be black, and the default option is going to be white. When you’re the road team, the home team gets to decide what it’s wearing. If for some reason the Colts would decide to wear white, we would wear black. We just felt black was more of our predominant color (than gold).”

Personally, I hope the Steelers do wind up wearing all-white as those would likely be similar to the road uniforms the team wore way back in the early 70s.

As far as what the Steelers color-rush helmets will look like, I think we may have gotten a glimpse of them in a recent video that running back Le’Veon Bell posted on Twitter that took place at signing event.

As you can see at the end the video below that Chris Bradford of the Beaver County Times recently called attention to, Bell is signing a few helmets that have a very dull black finish and they include an all-black stripe down the middle in addition to the Steelers traditional logo. The facemasks on these helmets are a bright yellow and I think they look very sharp.

Sunday Funday, had a great time in Chantilly…I appreciate all the fans who came out today! work & play, that's me! pic.twitter.com/T3Fxna89RI