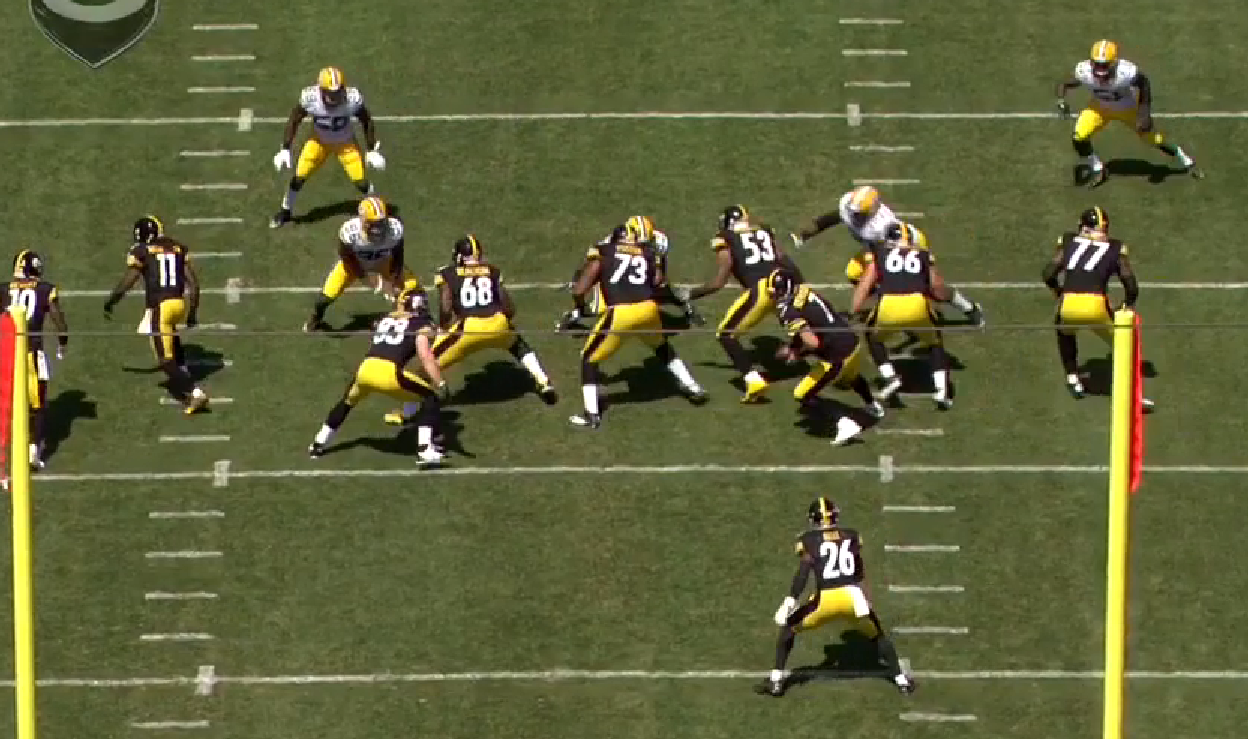 It has probably been quite a while, but at least if last season is anything to go by, then the Pittsburgh Steelers have finally rediscovered an equilibrium between their passer and their pass protection. There have been times in the team’s not too distant past that they have had very good lines blocking for not-so-stellar quarterbacks.

More recently, the Steelers have spent years surrounding Ben Roethlisberger with an offensive line that he deserves, and with which he can work into the twilight years of his career. It’s almost somewhat fitting, then, that they both ended up dealing with some freak injuries in spite of the fact that they performed well overall.

Pro Football Focus recently published a list of their rankings for every team’s passing game and cross-referenced it with that team’s rank as a pass-protecting unit. The Steelers finished sixth overall in both categories, and one can safely wager that they would have ranked higher in both columns had they actually been able to stay healthy throughout the year.

Roethlisberger, of course, missed four entire games, and stretches of several other games, some long stretches. The game in which he injured his MCL initially, he missed the majority of the second half of the game, for instance. That left a lot of snaps up to inferior talent, which hurt the team’s overall pass offense ranking.

Likewise, along the offensive line, the Steelers had two major injuries that they had to adapt to during the year, starting with the loss of All-Pro center Maurkice Pouncey during the preseason, which resulted in him missing the entire year. Left tackle Kelvin Beachum was also lost for the season about six week into the year after suffering a torn ACL, and the team had no other option but to replace him with Alejandro Villanueva, a relatively inexperienced first-year player.

As much as their defense may have improved last season, the Steelers’ ticket to a championship still rests in the hands of the offense, and the best way to maximize that opportunity would be, of course, for Roethlisberger and his blockers to stay healthy.

In such an event, it would not be unreasonable to suggest that Pittsburgh would have the potential to have the best offense in the entire league. After all, there were stretches of last season in which it appeared as though they already did, even in spite of a number of key injuries to important players on that side of the ball.

It is interesting to note, however, how some of the other teams broke in terms of this pass offense versus pass protection metric. The Cardinals and Patriots finished first and second in terms of pass offense, but 29th and 31st in terms of protection. On the flip side, the Cowboys and Browns had the best and fifth-best protection, but the 29th– and 32nd-worst passing offense in the league.

There were some huge disparities around the league, suggesting that a great quarterback can overcome a lot of poor blocking, but that a great line can only do so much to prop up a mediocre talent under center. The best solution is to have strength in both areas, and the Steelers are fortunate to be one of the few teams able to claim just that, as one of seven teams to rank in the top 10 in both categories.