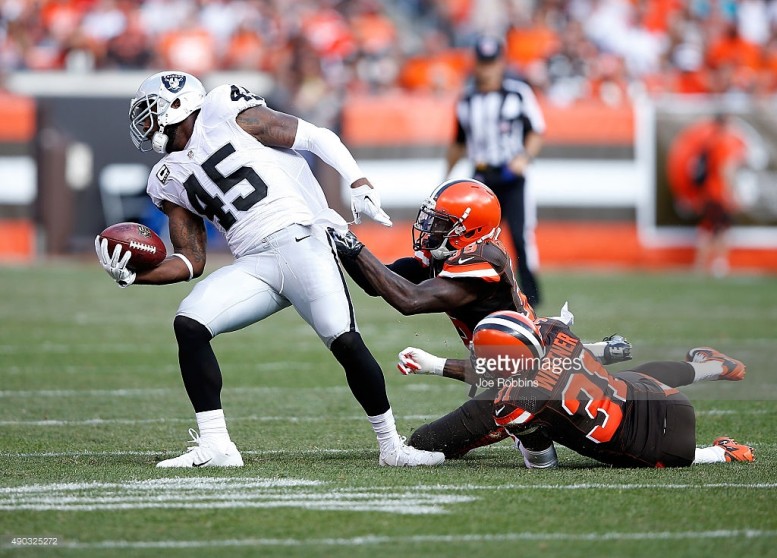 Just two years after they signed him to a four year, $28 million contract, the Cleveland Browns decided to release safety Donte Whitner on Saturday. While the decision to release Whitner will save the Browns some cap space, the move is more about the team moving in a different direction at the position and one that includes better play.

Personally, I applaud the Browns decision to cut Whitner loose as while he was once a Pro Bowl caliber player, last season he showed that’s no longer the case and especially when it comes to his tackling. Want proof of that? Go watch the Browns game from last season against the Oakland Raiders.

Keep in mind that Whitner is no spring chicken, either, as not only is he already on the wrong side of 30, he’ll turn 31 in July. Now, does Whitner still have another season or two left in him? Sure, it’s possible, but a player with his resume and experience isn’t going to want to play for the veteran league minimum just the same.

While the Pittsburgh Steelers could certainly use another veteran safety on their offseason, their history when it comes to signing free agent defensive players dictates that they’re likely to pass on Whitner. For starters, he’s on the wrong side of 30 and that’s a huge strike against him as I have pointed out multiple times over the years. Second, he’s a descending player and like it or not, that’s the truth. And third, he’s likely to cost too much money.

In short, if the Steelers want an over-30 safety who has tackling issues, they should just re-sign unrestricted free agent Will Allen for the minimum.