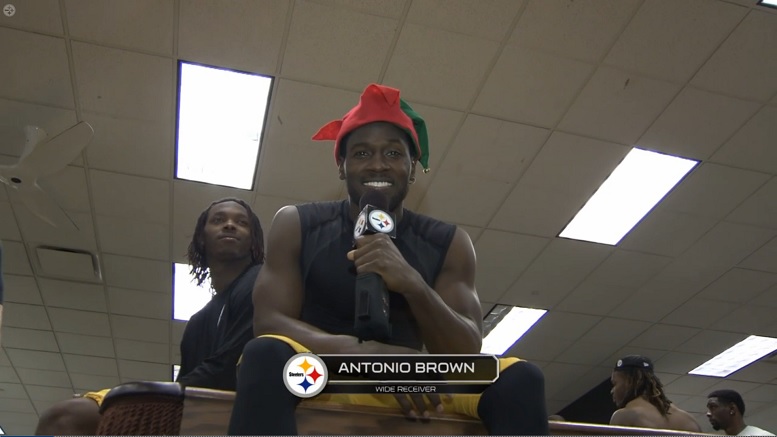 If you like to watch Pittsburgh Steelers football during the holidays, and your family likes to spend time with you during those times, then I have som good news and bad news: the Steelers are slated to play on not one, not two, but three holidays this football season.

The ‘festivities’ begin on Thursday, November 24, which just so happens to be Thanksgiving this year. On this 8:30 matchup, they will be playing the Colts once again, though this time they will not have the fortune of facing the recently retired Matt Hasselbeck, but rather Andrew Luck, whom the Steelers defeated in 2014 during a historic performance for Ben Roethlisberger.

Later on in the season, the Steelers draw the Ravens on Christmas day, or rather evening, with the 4:30 kickoff time, hosting Baltimore on NFL Network in Week 16, which follows eight games after the first meeting between the two teams that will take place in early November.

Finally, the season finale draws, of course, the Browns, as tends to be the case recently, during a 1 PM game on January 1—New Year’s Day. Granted, New Year is not quite celebrated in the same fashion as Thanksgiving and Christmas, but there were certainly be a lot of hangovers, which could be in conflict with the early afternoon starting time.

At the very least, the Steelers do get a holiday respite with their bye week falling during Week Eight, which just so happens to coincide with October 30, or Hallow’s Eve. The last time the Steelers played on that date was in 2011, during a surprising toppling of the Patriots, whom they will play on October 23 this year, the week before their bye.

With any hope, the Steelers should have plenty to celebrate during these holidays on the football field, with victories in the games, of course, but also with success in the standings. The organization is coming off its first season with a playoff victory since the 2010 season, during which they advanced to but lost the Super Bowl to the Packers.

After a Wildcard round embarrassment the following season in 2011, Pittsburgh fell into a pronounced slump, finishing two straight years with 8-8 records and no playoff appearances. They did return to the postseason in 2014 with a divisional title to their name, but lost in the Wildcard round, with injuries an issue, to the Ravens.

Last season, though they had to make it to the playoffs via the wildcard, they managed to beat the Bengals in the opening round in spite of injuries, and they held a lead in the Divisional round over the eventual Super Bowl champions as late as three minutes left in the game.

Here’s to hoping that the Steelers’ on-field festivities coincide with our national festivities, and that we all have that much to celebrate on these days with full stomachs and the satisfaction of victories for Pittsburgh.